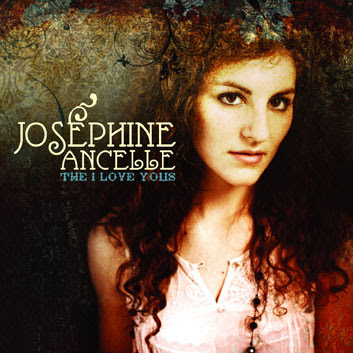 3 Joséphine Ancelle - The I Love You's

We were introduced to Joséphine Ancelle in 2008. Her 2007 debut album, Unfinished Life, was a sweet and compelling introduction to the Parisienne turned New York City lady with the little girl voice and mature, heartfelt lyrics. 2009 saw Ancelle return with The I Love You's, an impressive step forward both artistically and musically. Ancelle is already getting serious airplay in her native France, and is destined for big things stateside as well. As things stand, The I Love You's finishes #3 on our Top-10 EPs list for 2009.

you are fantastic. Im your brasilian fan number 1!!