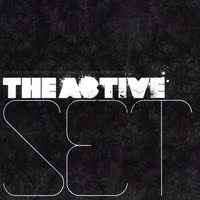 Los Angeles post-punk rockers The Active Set have managed to generate quite a buzz in Southern California. The quartet, comprised of Matthew Stolarz, Francis Ramsden, Wayne Russell and Michael Castro, released their debut CD, The Active Set, in 2008, and have been gigging in support ever since.

The Active Set opens with “Escape Act”, a jangly rocker reminiscent of The Figgs. Vocalist Stolarz seems to have an uneasy relationship with the melody line, varying pitch almost as a matter of whim. “Mindless” is entertaining rock n roll; a catchy song about being your own worst enemy, and offering up a less-than-ideal fix for the condition. “Rnrg” is an urgent rocker that’s highly danceable and full of angst all at the same time. “I’m Not Coming” is a stretch for the band; this one requires a bit more sonic refinement than The Active Set seems comfortable with at this point in time. It’s a solid song, but just doesn’t work as well as it might. The Active Set closes with “Better Brigade”, a sonically rough by catchy and enjoyable tune.

The final song, “Better Brigade” places a good spotlight on the forte of The Active Set. The band seems to have a knack for aptly combining punk sound with a pop sensibility. The combination isn’t new to music by any means, but the bands who can marry the two well are few and far between. The Active Set haven’t shown that they can do it consistently yet, but they have shown they can do it. There’s a lot of potential here.