Review: Locksley - Be In Love 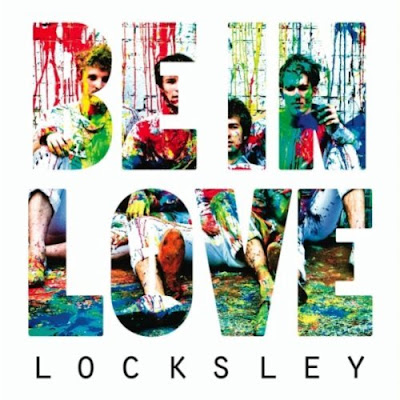 Locksley may have their roots in Madison, Wisconsin, but there’s nothing cheesy about these Brooklyn-based alt-retro rockers. Locksley’s sophomore album, Be In Love, burns with the sort of pop magic that made bands like The Beatles huge back in the day. Locksley can go with a big guitar sound or a compact pop song and make them each sound like the catchiest thing you’ve ever heard. Jesse Laz and Kai Kennedy split vocal duties, chipping in rhythm and lead guitar, respectively. They are joined by Jordan Laz (bass/vox) and Sam Bair (drums). Locksley can brag fans such as The Kinks’ Ray Davies, who has spoken effusively about the band. Locksley has also had their music featured in advertisements from such companies as STARZ Movie Network, MTV, AT&T and Sylvania, as well as in movies such as TMNT, Cloverfield and Over Her Dead Body. Be In Love dropped digitally in February. The CD is due for release on March 16, 2010.

Be In Love opens with the good natured rock n roll of "Love You Too", a big poppy ballad that sounds like it should be from the 1960's. The vocalist here sounds a bit like Steven Tyler in his lower register here. "Darling, It's True" has a 1960's party rock feel to it and a virulently catchy tune. The same can be said of "One More Minute", where Locksley sounds a bit like Spacehog. Any of the first three tracks on the album could be successful singles. On "Days Of Youth", Locksley may remind you a bit of Hootie & The Blowfish if the latter had been a British act instead of a Carolina band. And that's the vibe that pervades Be In Love; the same sort of home style, vaguely retro comfortable pop sound that drove the insane success of Cracked Rear View.
"21st Century" is a coming of age song focusing on the moment caught standing on the cusp between childish things and adulthood. It's a song of dreams and aspirations and a bit of worry over giving up what's known, all done in an infectious rock arrangement that will be rolling around your noggin for days. Locksley slows things down a bit for a 1960's style ballad in "Away From Here", complete with twangy surf-style guitar sounds and a sway-inducing rhythm. "The Whip" explores a dysfunctional relationship in wonderful poppy rock fashion. This is another potential single, as is the deliriously bouncy "Down For Too Long", which will have you bouncing and singing along from the opening notes.

"It Isn't Love" is an urgent garage rock pop storm that takes on a slightly darker tone that much of Be In Love without abandoning the essential character of the album. "The Way That We Go" takes on an almost sing-song quality that leads you marching into the closing waltz, "The World Isn't Waiting". Like any good party, Locksley winds up with a social dance; this one with a social message. The focus here is love, as it has been throughout, but the larger message is to get on with your life. Love if you will; laugh if you will; make mistakes; but do. The feel of "The World Isn't Waiting" is perhaps a bit too dated to be a big single, but it's definitely got the pop qualities needed to get a lot of attention.

Locksley scores big with Be In Love. Retro pop and rock are the order of the day here, as Locksley mines a 1960's garage rock sound with melodies so pure they would make Brit Rock fanatics flush. If a return to rock n roll is the next popular wave in music, it will be because of bands like Locksley. Drop this album in the middle of 1963 and Locksley might have been as big as The Beatles.

Rating: 4 Stars (Out of 5)
You can learn more about Locksley at http://www.locksley.com/ or www.myspace.com/locksley. You can order Be In Love as a CD or Download from Amazon.com.
Posted by Wildy at 5:20 AM

Labels: Hootie and the Blowfish, Ray Davies, The Beatles, The Kinks