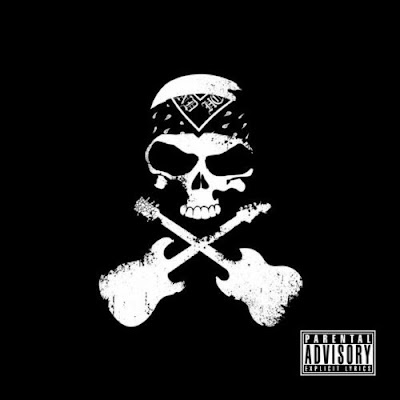 From Denton, Texas to Southern California and back to Dallas, Captain Incredible envelopes their geographic and musical influences in a face-melting stew of classic hard rock with punk and at times, even pop sensibilities. On their debut EP, Who The F**k Is Captain Incredible, Captain Incredible rips through the aural space between band and listener, grabs hold of you by your lapels and shakes you for all they are worth.
The EP opens with the a slow build of heavy guitar that turns into the vicious garage Punk/Metal onslaught of Radioactive. This is Rock N Roll perhaps not at its most imaginative, but just good, solid, hard core Rock N Roll with big guitar solos and an incessant beat, best heard in a crowded club under strobe lights and the influence of whatever shot special is on that night. See You When You're Dead brings the same sort of all-in Rock N Roll philosophy. Captain Incredible wastes no time with nuance or pith, going straight for the throat with guitar work that will make 1970's Classic Rock fans weep for joy. The onslaught continues through No One Gets Out Alive, exploding into the Pop-ridden Punk Rocker 1983; the catchiest and most accessible song on the disc. Up To Eleven, whose title is obviously inspired by Spinal Tap, goes more for pure Punk gristle. You'll be ready to slam the pit fantastic over this one. Captain Incredible closes out with Four Horsemen Of The Apocalypse, a guitar-driven number that's bigger on sound than on substance. The four horsemen are a popular subject for Heavy Rock and Metal bands, but the subject has been done so much that it takes a real spark of originality for a song to shine. This one isn't bad, but just doesn't have the chutzpah to stand out amid a crowded pack.

Who The F**k Is Captain Incredible is appropriately titled. This upstart band swaggers at you with the audacity of an established Rock act and the out of my face attitude of Henry Rollins. Captain Incredible reeks of the confidence of which great things are sometimes made, and shows enough musical talent and pop sensibility amidst their angry guitar slinging and violent percussion to transcend their musical niche (thus far) and become something more. However it turns out, it should be fun to watch and hear the fruits.