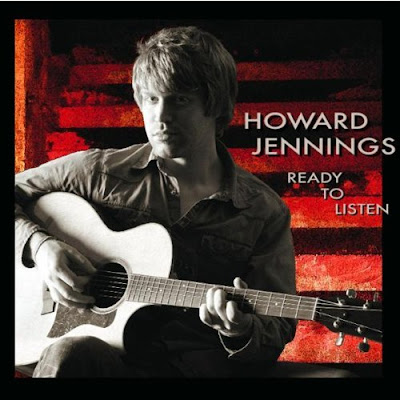 New York City based singer/songwriter Howard Jennings carries the mantle of “the next Dave Matthews”, the 437,826th performer to carry that title in the past five years. Comparisons have also been made to Jack Johnson, Bob Dylan, Neil Young and Tom Petty. This all means that either Jennings is a wildly talented songwriter or that he sounds so much like most other young male singer/songwriters these days that it will be next to impossible for Jennings to distinguish himself. After listen to Jennings EP, Ready To Listen it’s safe to say that Jennings will distinguish himself quite nicely, even if the comparisons above are more about marketing than sound.

Ready To Listen opens with “I Belong To You”, a celebration of coming home to the one you love after being the road. There’s also a tacit acknowledgment here that such homecomings don’t happen often enough. The song is offered in a great Americana arrangement that is memorable. “You And Me” is a catchy little rock n roll nugget. The other person is leaving town this time, but Jennings makes a declaration that he is not going anywhere. Jennings has a potential hit here. “Heart’s Point Of View” is a love song from someone who’s maybe already lost but can get her out of his head. The song borders heavily on cliché at times but is solid with a great melody. Jennings brings in the funk and soul on “Appreciate”, sounding more like John Mayer than anyone else. “Appreciate” has hit single written all over it. Jennings closes out with “Love And Luck”, returning to a folkier approach that is nearly anti-climactic on a solid but unremarkable tune.

Howard Jennings certainly carries a bit of charisma with him when he performs. This charisma even comes out in the recording process as displayed on Ready To Listen [EP]. Jennings recently toured with Rusted Root, but I suspect that if Chance smiles, it won’t be long before young acts are touring with Howard Jennings. Ready To Listen [EP] is very much worth making some time for.

You can learn more about Howard Jennings at http://www.howardjenningsmusic.com/ or www.myspace.com/howardjennings. You c an purchase Ready To Listen [EP] as either a CD or
Download from Amazon.com.
Posted by Wildy at 5:10 AM