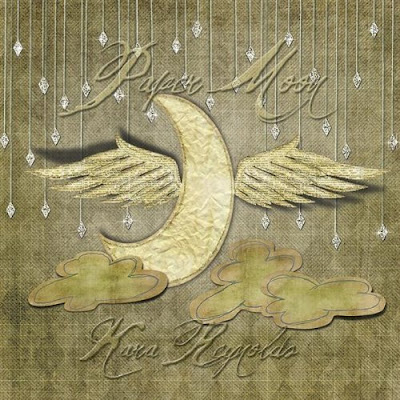 Paper Moon opens with “Nom De Plume”, offering a distinctive piano sound that’s somewhere between Fiona Apple and Vince Guaraldi. “Nom De Plume” is a song of succor, but is most intriguing as a musical composition. “Sky Painter” is an ode to the skies of Wyoming; a reminder that no matter how far we go home is always a part of us. “Table In Back” is an emotional portrait painted in the striking musical hues familiar to fans of Sarah Slean. Reynolds shows a distinctive dramatic sensibility here in a tune that’s both dark and lovely. “Still Believe” moves more toward the pop side of the spectrum but retains the darker textures Reynolds seems most comfortable with.

“Something To Hold On To” runs the ridge between Sarah Slean and Fiona Apple stylistically. The song is interesting but runs out of steam before its through. “Paper Moon”, the title track, is perhaps the most nondescript song on the album; a puzzling choice to lend its name to the album. Reynolds gets dreamy and lush on “Sink Or Swim”, a jazzy cabaret piece you’ll put on repeat. Reynolds closes out with “Wrecking Ball”, “Song No. 4” and “Calley’s Song”, three compositions that serve to fill out the space on Paper Moon but really aren’t up to the level of the material on the first half of the CD.

Kara Reynolds has a distinctive sound; one that should be certain to garner her a lot of attention in the future. Reynolds’ debut album, Paper Moon is successful at times and not so much at others. As a six or seven song EP, Paper Moon would be an eye opening experience. As it is; it’s an uneven experience with some great songs and some weak moments. Reynolds is only going to get better with time.

You can learn more about Kara Reynolds at http://www.karareynolds.com/ or www.myspace.com/karareynoldsmusic. You can purchase Paper Moon on CD from CDBaby.com. Digital versions are available from Amazon.com and iTunes.
Posted by Wildy at 5:20 AM