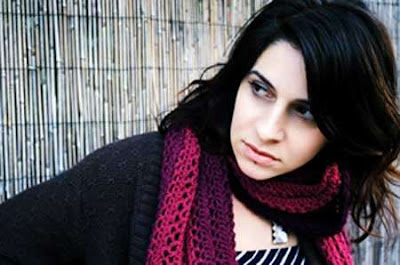 Angela Correa is one of the more distinctive indie voices in Southern California. Growing up with music as a central part of her life, the Northern California native was destined to make her own music all along. Correa makes a big impression wherever she goes with her mix of gentle folk and pop sounds, strong honest songwriting and a golden voice. Correa’s band, Correatown, wowed them at SXSW this past week, and you’ll see why on their debut EP, Correatown.

Correatown opens with “Shine Right Through”, a gorgeous folk/pop tune with an easy feel and ethereal airs. Correa’s voice is pure silk, and “Shine Right Through” plays like an angel’s lullaby. The song reflect a desire to see the beauty in the world and be that beauty; not from a sense of vanity but in the vein of magnifying the beauty of the world for all to see. This is covered in the context of a relationship. “Everything, All At Once” is gorgeously lush minimalist pop in the vein of Mazzy Star without Hope Sandoval’s brand of somnolent melancholy. “Play” is a romantic daydream in song. It’s among the prettiest tunes on Correatown and finds Angela Correa waxing about what she might be looking for in a relationship. “Valparaiso” is a bit of reverie about a trip that took place in younger days; a memorial for a time, place and friends gone by that is specific to Correa’s life but is so universal in theme you’ll find your own memories buried within. Correatown closes with “Sunset And Echo”, a sweet and mellow song of love. Memories and connections get bound up in angst about the future like leaves upon the tide in this gentle closer.

Correatown really doesn’t sound much like Sarah McLachlan, yet that same gentle, ethereal nature inhabits the songs and voice of Angela Correa. There is an elegance that runs throughout Correatown that is nearly elemental in nature, and it’s easy to imagine Angela Correa being an artist that young artists hopefully listing themselves as sounding like ten years from now. For all of its polish, Correatown is still a bit rough around the edges, as the sound is still developing somewhat, but Correatown might just be the harbinger of even greater things.

Rating: 3 Stars (Out of 5)
You can learn more about Angela Correa and Correatown at http://www.angelacorrea.com/ or www.myspace.com/correatown. The Correatown EP is a compilation of songs and singles from Angela Correa/Correatown's catalog. Check them out on iTunes.
Posted by Wildy at 5:48 AM