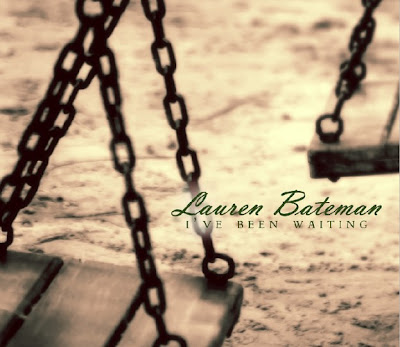 Boston's Lauren Bateman infuses real life pain, suffering and healing into her debut album, I've Been Waiting. A chronicle of the heartaches of adulthood, I've Been Waiting explores the loss of love, loved ones and dreams before turning the corner into a new tomorrow. Bateman's voice is strongly reminiscent of Stevie Nicks; a bit heavy at times, but always engaging. Bateman recorded I've Been Waiting under the guiding hand of Andy Bauer (Turnt Out Media), incorporating songs she's written over the last seven years.

I've Been Waiting opens with the title track, a catchy, three-chord affair about finding yourself within the light of love. It's a solid Pop tune and a strong introduction for Bateman, whose Stevie Nicks-like alto makes her instantly distinctive. Bateman adds a bit of Country flavor on Beautiful Face. It's a fairly stereotypical love song, but Bateman's warm alto fills the sum to bursting, even pushing a bit too hard at times. Civil Again laments the after-effects of a relationship gone wrong. The song is mournful and a bit heavy; getting bogged down in both its own emotional weight and the weight of Bateman's voice. Some of the same emotional and vocal weight invades Everything's Okay as well. Here the weight is a bit disturbing, as Everything's Okay carries a very positive message, and Bateman's voice would seem to juxtapose a distinct lack of belief in the lyrics. The song drags and becomes something of a difficult listen.

On I Gave, Bateman explores a one-sided relationship from the other side of the relationship veil. I Gave is edgy, with a great mass of roiling emotion expressed in the instrumentation in the verses. Bateman offers a more positive feel in the chorus, but the sound remains too top-heavy. One of the highlights of the album is Guardian Angel. Written for an aunt who died of pancreatic cancer, Guardian Angel is an uplifting and loving ode to someone who's flame faltered too soon. Violin and cello carry the emotion of the song from the depths of sorrow to celebration of life renewed. Bateman is at her vocal best here.

On Linger, Bateman dissects a long-distant relationship after it has fallen apart. The emotional honesty comes from Bateman writing what she knows, the song growing for the end of her first serious relationship. Bateman's presentation is poetic but avoids falling into the trite categorically. Bateman also manages to keep her voice lighter here. Happy Every After reflects the yen for a fairy tale relationship that comes true. Bateman shows off her upper register here, and her tone suffers in the upper notes at times, but the effort is solid. I've Been Waiting closes with the best songwriting and performance on the album. Burning Bridges is about dealing with loss in its various forms. At the end of the day, however, Bateman turns to face the sun; setting aside the pain and suffering and looking for a way to live again. Bateman brings out the nuance in her voice, blending wonderfully with the acoustic guitar and cello.

I've Been Waiting is a collection of highs and lows musically. Lauren Bateman writes from her own life, lending distinctive authenticity to the emotions and ideas expressed on I've Been Waiting. Some of the material works better than others, but in general the songwriting and performances are solid. Bateman's voice will grab attention for good or ill. The vocal proximity to Stevie Nicks will engender comparisons for as longer as Bateman sings publicly, but the heavy quality of her voice is always going to be there. If Bateman gets a solid feel for how much is too much she's going to do just fine. I've Been Waiting is a solid introduction to Lauren Bateman, worth spending a little time on.