Review: Vancouver Killing Spree - It's Not About Murder 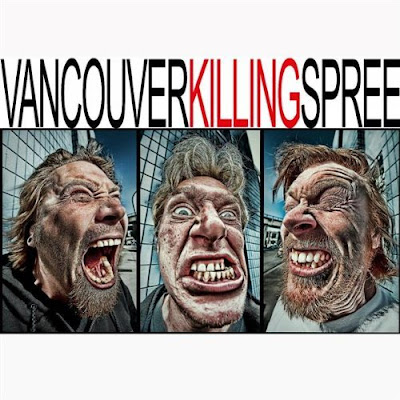 It's Not About Murder is music for a mosh pit, but the lack of subtlety or real musical sense limits the market considerably for Vancouver Killing Spree (not that I think they're the least bit concerned about that). If you're looking to give yourself over to some heavy Punk rock for a little while, this is the perfect EP. If subtlety, musicality or pithy nuance are your game, don't come knocking.