Review: NGQIBS - Let Me Be: Recharged 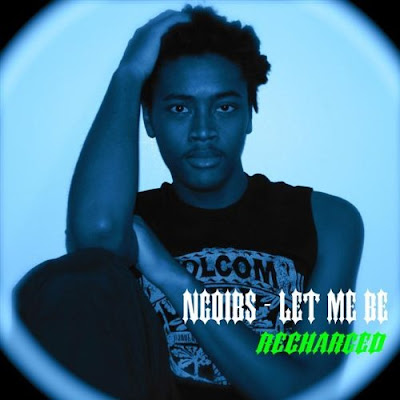 Let Me Be: Recharged opens with Free Me (Let Me Be), an upbeat Pop number with a solid dance beat a catchy-if-slightly-corny chorus. It's the sort of song that inspires a love/hate relationship; getting stuck in your noggin to maddening effect and quickly becoming as annoying as it is secretly enjoyable. Confusion is a down-tempo number with a similar endearing quality, featuring a chorus-in-the-round that's musical crack. The verse is a bit awkward in its simple setting, but brave in its simple honesty. Whether you dig the verse or not, the chorus will grab you. Broken features a somewhat heavier beat but falls prey to the same youthful awkwardness that shows up on Confusion. Ditto Who I Am, where NGQIBS comes across as a nervous teenager, complete with shaky vocals.

This sort of awkward presentation with shaky vocals continues throughout much of the album. My Goodbye and Soul/Sole Calling both hit it to varying dance beats. NGQIBS tries to put some polish on his sound with a heartfelt ballad in No Regrets and succeeds to some degree. At his best, NGQIBS has a great Pop sensibility and a distinguishable bare honesty that works for him. The difficulty is that the second he tries to do anything else you start to notice all of these other little things that detract from what he's trying to do. NGQIBS finds the perfect mix however on Never Give Up (Alright), a song capable doing Pop chart gymnastics with the right break. On the other end of the spectrum is Ethereal (Enchanting), which is monotonous in both sound and construction and awkward lyrically. Tribute To Mama is sweet but has a juvenile sound that would work well for a children's album but not necessarily for a Pop album. NGQIBS closes out with a "radio version" of Free Me.

Let Me Be: Recharged is a confounding Pop experience, with songs you could picture ascending the charts alongside songs you might hear from an awkward pre-teen. Raw, undirected talent is the buzz word around NGQIBS. If harnessed and focused, NGQIBS' talent might become a formidable Pop force. As it is, NGQIBS is an uneven performer with some great musical nuggets worth digging for. Let Me Be: Recharged may be one of those albums that attracts more single downloads than album purchases due mainly to the uneven presentation, but NGQIBS is definitely worth taking some time to be aware of.

You can learn more about NGQIBS at http://www.ncqibs.com/ or http://www.myspace.com/ncqibs. You can purchase Let Me Be: Recharged as either a CD or Download from CDBaby.com; you can also download the album from Amazon.com or iTunes.
Posted by Wildy at 5:28 AM