CD Review: Annette Neumann - It's A Long Way Down 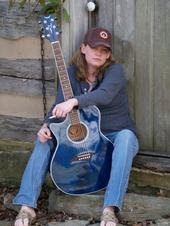 Annette Neumann has lived the American Dream. After seeing Kathy Mattea on Hee Haw at the tender age of ten, she knew she wanted to write and perform her own music. Over time her affection for country music turned to the more stripped bare traditions of roots/Americana music. 2006 saw the Leitchfield, KY resident release her full-length debut CD, It's A Long Way Down. Neumann's debut is full of great songwriting and a hope for musical purity, and is a hit on all accounts.

It's A Long Way Down is kitchen-table recording at its best. The recordings are not perfect, there are mistakes here and there that the discerning ear will pick up, but it is a very effective and at times powerful recording. Annette Neumann brings the gravitas as a songwriter of Emily Saliers (Indigo Girls) and a presence that suggests Kathy Mattea or even Bonnie Raitt at times. Highlights include the title track, Meet Me, A Better Place, Heavy Load and Pieces Of You And Me. The track Bitter Shade Of Grey is a true gem and is worth seeking out this CD for.

The production values aren't 100% clean, and the recording is closer to an untouched live recording that a true studio recording, but It's A Long Way Down is definitely worth your time and attention. Annette Neumann, with the right producer, could be a star.

You can learn more about Annette Neumann at www.annetteneumann.com. Ms. Neumann recently signed with Colt Records, so I do not know if the availability of It’s A Long Way Down has changed in light of that fact. You can purchase three songs for download currently on her site.
Posted by Wildy at 6:55 PM