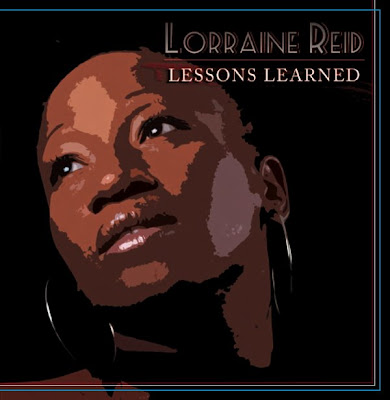 Lorraine Reid is a 7-time JUNO Award nominee. For those of you who do not know, JUNO is the Canadian Grammy Award. These nominations were earned as the lead singer of Temperance, one of the most popular dance groups in Canadian history. After taking a number of years off to teach, Lorraine Reid has found a more mature sound, and returns in 2008 with her solo debut, Lessons Learned.

Lessons Learned treads the well-worn path of popular R&B/soul without falling prey to the modern how-many-notes-can-I-sing-in-this-run excesses fueled by Mariah Carey and American Idol. There's a reason for this, Lorraine Reid has a voice most singers would kill for. She doesn't need to rely on tricks or effects to convey her music, because she can blow you away with power, or with vulnerability, or just with the warmth of her voice.

How Do I Keep Him is an absolute gem, and should be a chart-topper. I also particularly enjoyed Introduce Myself, Ready Tonight and No More. Even where I might not have liked particular songs as much as others, the voice and artistry of Lorraine Reid shines through like a beacon. Lorraine Reid is literally one of those singers who could sing the phonebook and still sell out shows. Lessons Learned is solid album with plus and minus songs, but the voice and performance quality offered by Ms. Reid overcomes any minuses here. This is what a real diva sounds like.

You can learn more about Lorraine Reid at www.myspace.com/lorrainereid, or at www.musicdish.net/lorrainereid. You can download tracks from Lessons Learned at www.amiestreet.com/lorrainereid or iTunes. I was not able to identify whether physical CDs were currently available anywhere, but I will update this if information becomes available.
Posted by Wildy at 6:40 AM