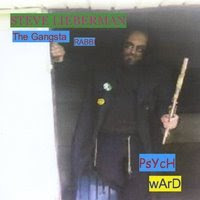 You can learn more about Steve Lieberman at www.gangstarabbi.com. You can purchase Psych Ward at www.cdbaby.com/lieberman14.
Posted by Wildy at 7:09 AM