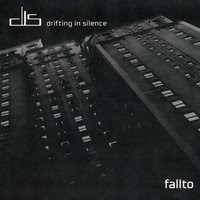 Derrick Stembridge is an artisan of ambient sound. In the person of Drifting In Silence the Chicago native displays an affinity for looping rhythms and Floydian tones, backed up against new age soundscapes. On fallto, he ads to the lush sonic arc with vocal wash and contrapuntal rhythms. Derrick Stembridge is your tour guide on an ambient river where you might know the twists and turns, but the currents and eddies reach up to surprise you from the depths.

Ambient as a genre is an easy place to get lost. It is easy to become mesmerized with your own sounds and lose sight of the vision that led you there. Not so with Drifting In Silence's third album, fallto. Stembridge is 100% on his game in traversing the Ambient ocean and transporting the listener to new lands. Highlights include unknowndivide, which features Jess Hewitt of Drev, chameleon and closure.

fallto sees the continuation of a journey begun on 2005's Truth and continued on 2006's Laddertown. One suspects that the continued growth and flow of Stembridge's muse will open up new avenues of musical discovery in future releases. For now, sit back and enjoy the aural joy of fallto.