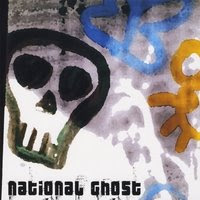 National Ghost is the product of several former Detroit-area bands. Formed in 2006, the original idea was just to get a bunch of guys into a room and see what happened. Well something clicked. Building from the soul/funk base that Detroit is known for, National Ghost branches out into a modern rock sound that is fueled by a love of the 1970’s and a desire for the now. On December 6, 2008, National Ghost will release their eponymous debut CD. Get in line, this one is worth waiting for.

National Ghost has a very earthy sound that's part Americana and part melodic rock. Lead vocalist Graham Strachan has one of those voices that is eminently familiar yet you can never quite pin down who it is he sounds like. On occasion you almost think you hear Jim Morrison, but then it's gone. National Ghost has an eclectic writing style that is very mellow and memorable. King Of The Thrill has a very laid back feel and a killer melody. The chorus here thrums and sways like nobody's business. Break You is a quiet missive that’s part admonishment and part admiration. Leavin' stretches back through time to the decade of sequin suits and long, slow guitar solos that last a week. Leavin' has some of the best guitar work on National Ghost and is full of funk. Be sure to check out The Distance Between Us, a consummate songwriter's song. Other highlights include Eye To The I, Show, Ring and The Gist (by far the funkiest song on the album).
National Ghost is a very talented group that has a real ardor for the sort of funk, soul and rock and roll that characterized the 1970's. This love pours itself forth into National Ghosts' songwriting. National Ghost is a very enjoyable listen and runs across several musical boundaries. There's something here for most everyone!
Rating: 4 Stars (Out of 5)

Saw National Ghost. Was not impressed. I would never buy the CD...waste of money.