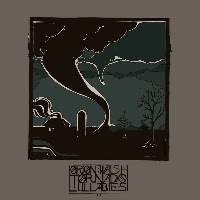 Orion Walsh has a story to tell about his debut CD, Tornado Lullabies. Written and recorded while living in his van in California, Tornado Lullabies reflects the contrast of desperation and hope across ten finely crafted rock songs. The Lincoln, Nebraska native returned home to put the finishing touches on his debut, where it was mastered by Doug Can Sloun (Bight Eyes, Rilo Kiley). Walsh brings a unique and daring perspective to everyday events on Tornado Lullabies by casting them into the musical wind and seeing where they land. You've got to check this out.

Tornado Lullabies opens with Legend Of Young Billy, which has a sort of hobo/busker folk quality to it. The song features great guitar work and outstanding vocals from Walsh. Throwing In The Towel has a hillbilly bluegrass sound to it that is very reminiscent of Luther Wright & The Wrongs. Starting Over On A Western Shore is perhaps my favorite song here, and most listeners will enjoy the lush folk of Melt With The Snow. Other highlights include Transient Blues, Tornado Lullabies and The War We Couldn’t Win.

Orion Walsh never picked up a guitar until after the death of his father in 1996. Walsh found an outlet for the loss and pain that became a permanent part of his person. This therapeutic approach to songwriting has led Walsh to develop a highly personal songwriting style that is both engaging and at times even discomfiting. He makes you think, he invites you to touch the raw essence of his emotions and run your fingers through its tendrils. Tornado Lullabies juxtaposes peace on chaos, or perhaps it’s the other way around. Either way, it’s music that dances on the edge between madness and genius and laughs at both. An outstanding listen

You can learn more about Orion Walsh at www.myspace.com/orionwalsh or http://www.orionwalsh.com/. You can purchase a download of Tornado Lullabies through Amazon.com.