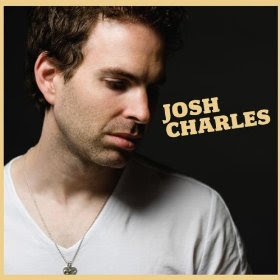 Josh Charles is a Kansas City native who currently makes his base in Brooklyn. He started playing the blues in KC clubs as a teenager, and eventually came under the tutelage of none other than Dr. John. Charles has an eclectic musical style that is a wonder for the ears. Together with lyricist Ric Steele, Josh Charles has crafted six songs for the Josh Charles EP. This introductory offering is worth a listen.

Josh Charles makes music on a playground full of funk, classic soul, country, pop and even some jazz sensibility. His self-titled EP mixes all of these elements in a musical collage that is surprising and uplifting. Stars has a Garth Brooks country feel to it and an uplifting message about those who have passed on. Love, Work and Money has a funk heart that drives it right into your ears and down to your feet. You'll dance in spite of yourself. It Ain't Easy brings Charles down to earth with a Bill Withers style ballad, while Pickin' Up The Pieces shows Charles' Motown side. The Answer has an almost southern gospel flavor that seems to fit Josh Charles very well. Actually it would seem that Josh Charles might play almost anything well. I'd be equally happy to hear him singing jazz, blues, pop, country or gospel. The EP closes with I'm Always Here For You, a torch song if ever there was one.

Josh Charles has a voice that is warm and full of soul. He fits perfectly with this material and gives a performance that will light up rooms and melt hearts. The style here doesn't necessarily lend itself to pop radio, but signficant licensing and play on Adult Contemporary radio is certainly not out of the question. This is the sort of artist you might expect to never get so big they're not accessible, but be big enough to live very comfortable and continue to make music all of their lives. Josh Charles is that kind of singer and songwriter.
Rating: 4 Stars (Out of 5)