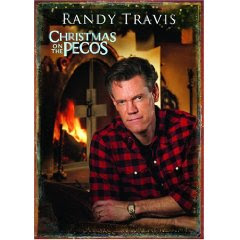 Randy Travis needs no introduction. He has been a household name in country music for as long as I can remember. 2008 sees the release of his first Christmas special on DVD. Christmas On The Pecos was actually recorded a couple of years back at (and in) the Carlsbad Caverns, but is just finding its way to the marketplace for Christmas 2008. Christmas On The Pecos includes a featurette on Christmas in Carlsband, New Mexico, focusing on the local traditions here. Another feature, Storytelling, shows Travis’ personable side, telling stories and joking with his audience.

The real attraction of course is the music, and Travis doesn’t disappoint. Christmas classics such as Santa Claus Is Comin’ To Town; Winter Wonderland and God Rest Ye Merry Gentlemen join Travis’ biggest hit: Forever and Ever Amen. Santa and his elves make an appearance, and then Travis pulls the biggest showstopper of all. He moves the show inside the Caverns themselves, for a knockout performance of Silent Night and Rock Of Ages. Add in a full choir and you get an amazing acoustic performance that will send chills up your spine.

Randy Travis is all class. I’d expect nothing less from a live performance, but Christmas On The Pecos has something special. Call it Christmas Magic if you will, but this is a definite keeper of a holiday show. Check it out.

You can learn more about Randy Travis at http://www.randytravis.com/. You can purchase a copy of Christmas On The Pecos at Amazon.com.
Posted by Wildy at 5:05 AM