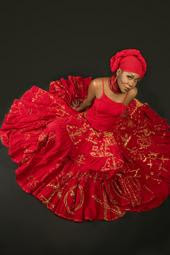 Manze Dayila And The Nago Nation – Change (The Barack Obama Song)
2008, AS IS Entertainment

While we don’t generally review single songs, Manze Dayila recently released Change (The Barack Obama Song) in the final days of the 2008 US Presidential Election. The song is an unabashed song of support for Obama’s candidacy, and retrospectively sounds like a celebration of Obama’s victory. The song centers around the Obama campaign’s central slogan (“Change We Can Believe In”) and is very repetitive yet jubilant. The song itself, as indicated, is somewhat repetitive, and sounds perhaps like the greater intent was to get a song of support out there rather than to take the time to craft something truly lyrically coherent. This is something of a departure for Dayila, whose other songs generally appear very well thought out and lyrically complete. Nevertheless the overall effect is a jubilant wall of sound in West African/Caribbean style that is entertaining and uplifting.

You can learn more about Manze Dayila at www.myspace.com/manzedayila. You can view the video of Change (The Barack Obama Song) on YouTube.
Posted by Wildy at 5:00 AM