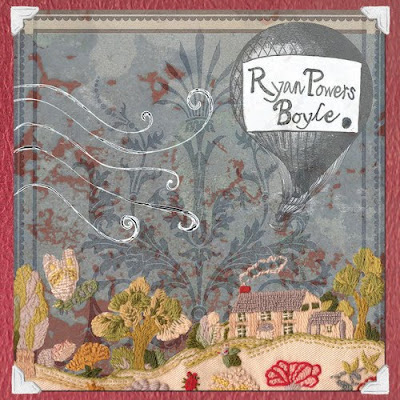 Ryan Powers Boyle got addicted to music at a young age, discovering the piano at the age of four. Other instruments followed, but the virtuous musical nature of the 88 keys has stayed with Boyle over the years. The St. Petersburg, Florida native dedicated himself to music, even giving up college to go out and learn about the world so he could be more well-rounded in his musical pursuits. A 2006 EP, Now Or Never, and infrequent live shows helped build a solid following, and in 2007 Ryan Powers Boyle set out to self-record a full-length album. Three years later, Boyle prepares to unleash the results, Ryan Powers Boyle on the world on July 27, 2010.

There are pluses and minuses to recording an album entirely on your own. On the positive side, it ends up sounding exactly how you wanted it with no outside influences; unfortunately it also ends up sounding exactly how you wanted it with no outside influences. Ryan Powers Boyle offers examples of both the positive negative on Ryan Powers Boyle. The opening triumvirate of songs, "Yesterday", "The Cell" and "A Girl In The World" fall into a highly cyclic and musically repetitive style that wears quickly. The result is a monochromatic feel across the first three songs that may scare away listeners before they get to the meat of the album. Add to this Boyle's tendency toward diary-style songwriting and only the true shoe gaze fans are likely to be around when Boyle changes things up with "Going To The Chapel", a reinterpretation of "Chapel Of Love", the Jeff Barry/Ellie Greenwich/Phil Spector classic made famous by The Dixie Cups. It takes real chutzpah to take such a classic pop hit and turn it on its ear, but Boyle's dark, melancholic version shows shades of brilliance. Here the union is one of obligation rather than happiness, "don't know if I love you but we're gonna get married...", and the result is both surprising and enjoyable in its darkness.

Boyle revisits the cyclic style with "It's All So Beautiful, It's All So Strange", though with more dynamics and a strong melody this time around. Boyle suffers from a flat musical affect on songs such as "I Can See and "Uncertain" before moving into the nine-and-a-half minute "Through This Life", a meandering and bromidic exploration of the mind's minutia that is simply difficult to sit through. "A Matter Of Miles" exceeds "Through This Life" only in length, clocking in at an interminable ten-and-a-half minutes. Boyle closes on a slightly redeeming note with "Far And Away", which at least clocks in under four minutes.

Ryan Powers Boyle is the victim of his own musical isolation on his self-titled album. Shoe gaze fans may rejoice at the release of Ryan Powers Boyle on July 27, 2010, but it seems unlikely that Boyle will find much commercial footing with the album. Don't be surprised if "Going To The Chapel" gets licensed for some movie or television show; it's the perfect post-modern application of cynicism to a standard of the pop music cannon, and brilliantly done. Unfortunately it's the lone bright apple in the bushel. Hopefully that singular effort is a portent for the future.