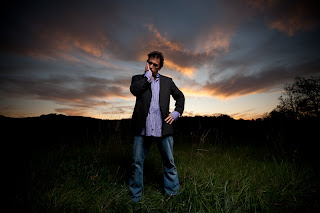 Bob Pressner returns in 2010 with Honor Among Thieves, a song cycle driven by his double life as a commodities trader and a working musician. While working in New York City in 1993, Pressner was injured in the World Trade Center bombing; an experience that drove him to pursue his musical interests with greater passion. That passion has paid off in rave critical reviews and the opportunity to play with some of the world's top musicians. Honor Among Thieves explores some of the darker aspects of humanity, but looks for the positive points in even some of mankind's darker tendencies.

Honor Among Thieves opens with "Afterglow", a great 1980's-style power ballad with a majestic chorus that resolves in to dark, uncertain verses. It's an intriguing opener that will inspire listeners to dig a bit deeper. Pressner quickly changes gears on "Honor Among Thieves" crafting a Beck-gone-retro blues/rock number that's catchy and danceable. All of this is tied up with a great pop chorus that will rattle around inside your brain for a good while. "Angels In The Wind" sounds like March Cohn and Dan Fogelberg got caught in Jeff Goldblum's teleportation device as they were writing "Walking In Memphis" and "Leader Of The Band", respectively. The sentiment is nice, but the Cohn-ic opening melody line and Fogelberg sentiment run together is a bit unsettling. Pressner goes for an alt/modern rock sound on "Bleeding My Dry", using a wall of sound to overpower what is essentially a non-committal melody line married to a spoken-word verse.

"Breakin' My Fall" is a love song written to a partner after years together, written from the perspective of all they've been through together, and all she's saved him from. It's a sweet song that will be familiar with those who have survived twenty years or so with the same partner. Pressner closes with "Independence Day", a great rock tune with a hook-laden, guitar-filled chorus that's irresistible.

Bob Pressner doesn't sit still on Honor Among Thieves, bouncing from style to style and sound to sound as his whimsy calls for. It's an enjoyable effort, although at times dizzying for the sudden turns Pressner engages in. If you like an artist to have a consistent sound then you may not enjoy Honor Among Thieves. If you're more the adventurous sort, then Pressner is worth checking out.

Learn more about Bob Pressner at http://www.bobpressner.com/ or www.myspace.com/bobpressnerband.  The tracks from Honor Among Thieves are available on Pressner's website, but no purchase points could be located online.
Posted by Wildy at 5:00 AM