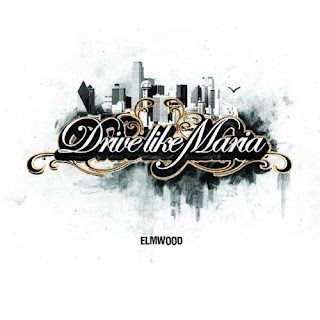 Belgian/Dutch trio Drive Like Maria came together quickly and with great sparks, winning the Dutch finals of the Global Battle Of The Bands only weeks after meeting. The band went on to place in the international finals and have been on the road or in the studio ever since. In 2009, Drive Like Maria released their self-produced debut album, Elmwood, earning rave reviews and appearances at major festivals in Europe. Elmwood features folk singer Janis Ian on two tracks and introduces to the world one of the most promising young female guitarists in rock n roll, Nitzan Hoffmann.

Elmwood opens with "So", a post-punk progressive rocker that's full of catchy pop hooks. It's a great introduction and sets the tone for the rest of the album. "I'm On A Train" is a ridiculously catchy rock track. A bit free-form lyrically, Drive Like Maria uses a delicious heavy-pop chorus and a rhyming scheme to keep things moving. "Talk To Me" is pure, unadulterated pop/rock joy; vibrant rock n roll built around a big chorus and bigger guitar riffs. Folk/rock legend Janis Ian sits in on "Sure Enough", "Here Comes The Night" and "Die A Little More", adding a complementary voice to that of lead vocalist Bjorn Awouters. "Sure Enough" in particular is a treat, as Drive Like Maria strips things down to play a deft acoustic blues/folk style.

Seven songs in and it looks like Drive Like Maria has a breakthrough album on their hands, but things get a bit bland thereafter, spiced up only by the instrumental "Elmwood 6h25/Born On The Fourth Of July". This is one of those occasions where a (7 song) EP might have been a better choice, as there is a distinct fall-off in the quality of songs at the end.

That being said, Drive Like Maria swings into Elmwood showing heavy punch, an ability to rock, and the deftness to pull back and deliver a well-crafted song in gentler surroundings. Elmwood is a great start that should lead to even better things down the line for Drive Like Maria.

Learn more about Drive Like Maria at http://www.drivelikemaria.com/ or www.myspace.com/drivelikemaria.  Elmwood is available digitally from Amazon

or iTunes.  Elmwood is available on CD directly from the band at http://www.drivelikemaria.com/.
Posted by Wildy at 6:30 AM

The thing you're writing is a big blunder.