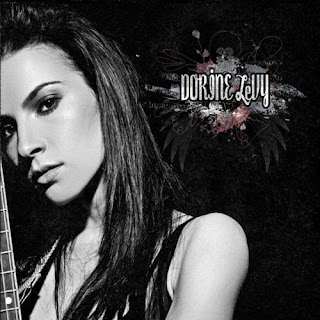 Tel Aviv, Israel’s Dorine Levy spent much of her formative years living in Montreal before moving back to Israel in her early teens. A rebellious child who didn’t take well to the move, Levy struggled to find herself in the midst of rebellious teen years. The one constant in Levy’s life was music. After the mandatory stint in the IDF, Levy chose music over a parentally-preferred career in law. In 2009, Levy released her debut EP, Dorine Levy, three songs of gentle acoustic pop with just enough pizzazz to go somewhere.

Levy opens with "Sun", a gentle pop ballad about being in love with someone not good for you. The need and vulnerability here is powerful, underscored by Levy's warm alto voice. "Sun" is a perfect introduction, the sort of song that could catch mild attention from commercial radio but would fit really well in a television soundtrack for a teen soap opera. "Falling Star" maintains the pop sensibility in a mid-tempo love song that fits into the same demographic as "Sun". "Fly With Me" completes the trifecta with a light-pop sound that's benevolent and pleasing without challenging the listener all that much.

Levy's sound is affable and non-threatening; just the sort of music that thrives in the current media-based music market. Levy has a voice that's pleasant to listen to but with just a touch of enigma to make it interesting. The songs on her self-titled EP are fairly average for pop songs. There's nothing really outstanding here, but it's the sort of non-threatening emotion-laden pop that gets licensing deals and ends up laced through network television soundtracks.

from Amazon.com.  The EP is also available via CDBaby and iTunes.
Posted by Wildy at 5:00 AM