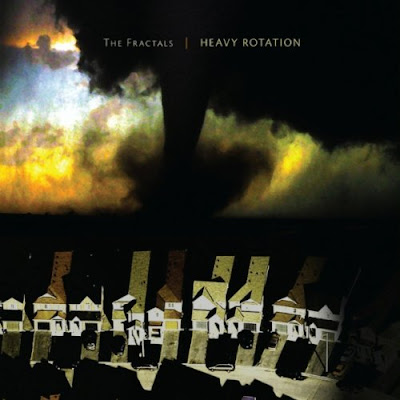 The Fractals have toiled in the background for years as members of other bands or well-worn session players. Vocalist/songwriter/guitarist Kevin Hanson has recorded with The Roots, Jay-Z and Usher, but his songwriting style has garnered him significant attention both with The Fractals and his previous band, Huffamoose. Bass-man Jim Stager plays everything, recording with everyone from Rosemary Clooney to punkers X. One of Philadelphia's top session players, Stager can play anything. Drummer Erik Johnson has recordings with Susan Werner, Mutlu, Lelia Broussard and Ben Schachter on his resume, and provides inspired drumming and soaring backing vocals. Guitarist Mike Frank spent two decades with Jim Boggia, and has also logged studio and stage time with The Disco Biscuits. When they come together as The Fractals, these four gentlemen are as unpredictable and virtuosic as their background might suggest, changing musical styles like a chameleon. This tendency is shown in fine form on The Fractals' latest album, Heavy Rotation.

Heavy Rotation opens with "Take Your Clothes Off Please", an old-fashioned song of pie-eyed rock n roll lust. The arrangement is very basic, and the treatment mild given the subject matter, but it's a solid start. "Priscilla The Killa" sounds more like a lead track, featuring a big, catchy guitar riff, high energy and a crunchy sound. "Dark And Stormy" features a 1970's smooth-jazz sound that seems very much at odds with the sounds on the first two tracks. The Fractals offer up some serious vocal harmonies in the process, staking out a wide berth for musical creativity. That easy-going vibe continues on "Isn't It Remarkable", a celebration in muted but lively tones. The vocal line here is a highlight, and the vocal harmonies exceed beauty.

The Fractals go back to a straight-ahead rock n roll sound on "Buried Alive", with an urgent feel and some serious guitar solos. "That Girl Tonight" is a song of encouragement with something of a country feel. It's an invitation, or perhaps an exhortation, to give up conformity and be yourself. Irony rains on "The End Of The End Of Days", the anthem of a disillusioned Christian rocker who has made a career writing songs about the coming end of the world but who is now questioning whether it's all true. The Fractals close with "She Gets Me", a post-modern love song of sorts. The arrangement here is a bit rough; making it seem like the band lost steam with the song at one point and just engaged in repetition to fill out the space. It's the least melodic track on the album and may have been more appropriate as a non-album track.
H
The Fractals dress up their music to impress on Heavy Rotation, expanding musical horizons wide enough to lose direction at times. Heavy Rotation is a solid effort with strong and weak moments. Kevin Hanson is in his usual good form, and Mike Frank helps to fill out the band's sound admirably. Heavy Rotation isn't perfect, but it's good enough to stick on your personal play list for the summer.

Learn more about The Fractals at http://www.thefractals.com/ or www.myspace.com/thefractalstunes. Heavy Rotation is availbable electronically from Amazon and iTunes.
Posted by Wildy at 5:10 AM