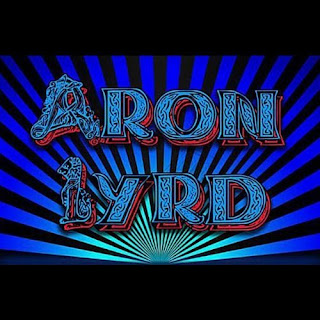 Harrisburg, Pennsylvania singer/songwriter Aron Lyrd struggles through his fifth album, Lucid Dreams, a messy musical menagerie strongly influenced by 1970's pop that is without focus. Lyrd achieves some nice moments, such as the opening track "All The Time, It Is Mine", sounding like 1970's AM radio rock with a light R&B touch. "Just Wasting Time" is a solid track; mildly catchy with solid energy. This anti-love song advises a friend to kick her current boyfriend to the curb. The deep seated implication that the narrator might be a better option is between the lines. Lyrd channels The Kinks on "The Sun Is Out", a relationship reminiscence that looks back over years. Lyrd's voice is very pleasant here.

"Orange Ambition" has potential, but the recording quality here isn't worthy of a professional release. Lyrd sounds like his vocals were recorded inside of a containment tube, and the overall low-fi quality of the recording sounds amateurish. Lyrd veers into club noise with "Get Up, Come On"; seven-and-a-half minutes of beats and noise that's more like a musical run-on sentence than a song. "Asking For Just Too Much" is a vibrant bit of dance rock that finds Lyrd sounding a bit like Escape Club. We get to hear Lyrd's falsetto voice on "Tough Day, Alright Night", a non-committal bit of dance pop that simply doesn't work. One gets the impression that Lyrd is going for a Bee Gees vibe, but it ends up sounding more like satire than a serious attempt at song. Much the same can be said about "Enter Leave Don't Take My Heart", which perhaps should have been resigned to the archives.

Aron Lyrd is very early in his development as a songwriter. The material here is perhaps meant more as a demo than a commercial release, but sometimes less is more. Focusing on four or five tracks with the most potential and making the most of them might serve Lyrd better than putting out a larger quantity of music with less care. Lyrd seems to have his eyes on the big time with a MySpace page that claims over fifteen million spins. Consequently there is no doubt about Lyrd's creativity, but Lucid Dreams is a stretch that didn't need to be made. There are however kernels here with potential.

, CDBaby or iTunes.  Please note that iTunes has the album under the title Lucid Dreams while Amazon and CDBaby have it under the title Hits with a slightly different track listing.
Posted by Wildy at 6:24 AM