Ric Zweig - Running Out Of Time 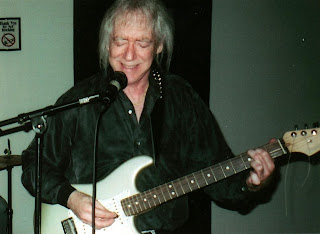 Ric Zweig is a singer/songwriter based in southern Florida who plays out regularly and also serves as the lead vocalist for two popular local cover bands, The Easy Riders and The Pale Riders. A regular performer in Panama Florida at La Rioja and Panama's The Majestic Casino, Zweig performs for people from all over the Western Hemisphere. In May of 2010, Zweig released his fourth solo album, Running Out Of Time, and is donating $5.00 from each CD purchased to The American Cancer Society. Zweig also is selling the CD with a money back guarantee.

Running Out Of Time is an exercise in contrasts. Zweig appears to a competent composer, delivering basic rock arrangements on Running Out Of Time that are pleasing to the ear. Unfortunately the songs are all too often accompanied by plodding, awkward lyrics, that either fail to find any flow or devolve into the sort of over-simplified rhyme schemes employed by Dr. Seuss. "Jump On My Back" generally reflects a sophomoric lyrical style that relies on making every line in the chorus rhyme (even stretching "tact" into "tack" to rhyme with back). "Jump On My Back" is perhaps the most egregious example of this sort of lyrical manipulation but is hardly the only instance on Running Out Of Time. The title track is musically pleasing with a great hook on the chorus, but the lyrics are plodding and awkward. Much the same can be said of "I'd Like To Do It Again" and "Out With The Tide". Of the latter there are passages after the chorus where percussion takes on the role of counter-melody to the vocal line that's highly intriguing and well done.

Zweig shows a 1970's AM Radio singer/songwriter pastiche on "Puppet". The pleasing arrangement is married to words that offer analogy without explanation, moments with motion or explanation, becoming something of a word association exercise rather than a cogent song. "Mr. Vibe" is the high point of the album. Zweig keeps it simple with a catchy, clean arrangement, and even the lyrics seem to rise above the usual standard even if they are a bit out of the ordinary. Zweig closes with "What Are We Supposed To Do", a ballad of indecision. The song is well constructed and well performed musically, but falls prey to the Zweig's difficulties with putting his thoughts into words that flow in the same fashion as the music he writes.

Running Out Of Time displays a singer/songwriter with a real sense of melody and a tendency for simplistic but catchy pop/rock songs. Unfortunately Zweig's lyric-writing ability isn't commensurate with his composing skills. Collaboration with someone sharp in the turning of words might be of great benefit to both Zweig and the prospective collaborator. The music here is worth tuning in for, but the lyrics can make it hard to stay.

Learn more about Ric Zweig at http://www.riczweig.com/.  Running Out Of Time is available on CD from Running Out of Time.  Digital copies are available from Napster.