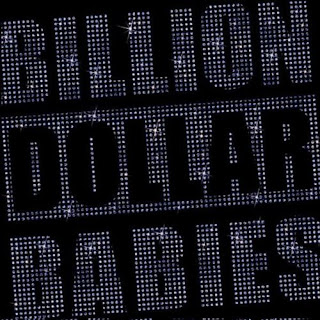 I think I just relived my much-maligned childhood. Sweden's Billion Dollar Babies managed to capture the zeitgeist of 1980's hair-metal in 38 minutes of pure rock n roll glee on their latest album, Die For Diamonds, due out September 8, 2010. You'd guess the members of Billion Dollar Babies were raised on a regular diet of Alice Cooper, Motley Crue, Bon Jovi, Journey, Loverboy, Billy Squier, Whitesnake, The Scorpions and perhaps a bit of Ratt from the flamboyant flair and more than competent rock n roll they espouse. Just sit back and take Die For Diamonds in; you could imagine most any of these songs rolling out of the radio or showing up on MTV circa 1985.

Die For Diamonds opens with "Boy's Night Out" featuring a purely 1980's approach to hard rock complete with a horn section. Vocalist Frankie Rich is a dynamic and engaging front man even on CD, able to deliver lyric passages or work up a rasp that even David Coverdale would be proud of. "Boys Night Out" is very catchy and highly familiar although it appears to be an original track. "Highest Mountain" is a big rock tune that's deeply melodic but has enough of an edge to it to feel modern. This transitions into the big open arrangement and vocal triads of "Restless Minds", a great tune that soars. Rich sounds like something of a cross between Steve Perry and Klaus Meine here. Billy Squier fans will love "Lose It", which sounds like it might have been an outtake from one of his mid-1980's recording sessions. The song has an animalistic, urgent feel, and a melody so catchy you'll be humming it for days.

"Key To My Heart" is pure power rock love song, and would have made Billion Dollar Babies the kings of MTV at one time. "Right On Time" is all about the virtues of Friday night out with the perfect girl. There's some classic rock n roll piano work buried in the middle of this song that's worth checking out. You won't be able to help yourself from singing, tapping or even dancing along. Billion Dollar Babies show a bit heavier edge on "Stand Your Ground" and "Nineteen Ninety Four". The former is a solid album cut that would play great in a big stadium, while "Nineteen Ninety Four" is a catchy beast with one thing on its mind. The song isn't much on subtlety but certainly is entertaining. Die For Diamonds closes with "We Don't Live Forever", an energetic rocker reminding listeners that life is short and admonishing them to make the most of every moment.

Billion Dollar Babies may date themselves with their sound, but the songwriting is fresh and sharp and fun. This is a band that's having fun making music, and it shows on Die For Diamonds. If you crave 1980's hard rock/hair metal but want the sound of a band you haven't heard hundreds of times in the past twenty-five years then Billion Dollar Babies will be right up your alley. This is rock n roll at its best.

Learn more about Billion Dollar Babies at http://www.billiondollarbabies.nu/ or www.myspace.com/bdbabies.   Die For Diamonds drops on September 8, 2010.  You can order digital copies from Amazon.com.  The CD version can be order directly from Billion Dollar Babies on their website.
Posted by Wildy at 5:10 AM