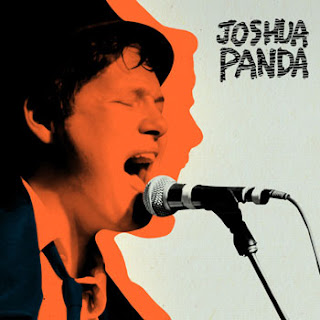 You'd never guess it, but Joshua Panda is all of twenty-five years old. Keep that in mind as you listen to his self-titled album, a recent independent release. Panda sounds like a seasoned story-teller and songwriter in the vein of Randy Newman. With influences as diverse as Van Morrison, Tom Waits, Sam Cook, Townes Van Zandt, Kris Kristofferson and Otis Redding, Panda has a brilliant performing persona that's too good to be anything other than genuine. Joshua Panda is proof positive; encompassing twelve original songs and one cover that leave no doubt about Panda's talent, durability and essence as a songwriter or performer.

Joshua Panda opens with "Masquerade", a devilishly good bit of Americana songwriting that would seem more at home amidst the great singer/songwriters of the 1970's. Panda shows a lyrical depth and sense of melody that are rare in combination. "Rosie" is a rousing number straight out of New Orleans. You'll want to dance along as Panda spins a fun tale in an irresistible arrangement. "It's All Relative" has a dually melancholy/hopeful feel in a lover's lament about the world outside and the saving grace of love. Panda tackles "Are You Hurting At All" with a classic country flare that would sound at home in Nashville in the 1950's or early 1960's. It's a highly stylish and realistic bit of songwriting that should sit well across generations of listeners.

"Pastor" is a mildly raucous bluegrass tune sung from the perspective of a father who fends off a wolf from his daughter. The wolf just happens to be the local pastor. It's a great tune; very well written and Panda is in perfect voice here. "Tattle Tales" is the most purely entertaining track on the album. Panda will remind listeners of Randy Newman with his wit and lyrical touch as well as his musical versatility and tendency to write songs "in character", and "Tattle Tales" is a perfect example of these qualities. "Lemonhead Wine" documents an unfortunate stay in South Dakota involving government work and the narrator's preferred method for passing time. All of this is offered in an entertaining country/zydeco blend that's thoroughly infectious.

"Weight In Gold" is a utilitarian love song, singing the praises of a good woman in classic country overtones. "I-77 Blues" is more early rock and rhythm n blues. Panda is very convincing through the rapid-fire lyrics and vibrant arrangement that features some of the hottest piano playing this side of Jerry Lee Lewis. "Mama's Song" is a loving tribute of sorts, to a mom who clung to her son when her husband left, only to lose that son to music. It's a sweet number that uses gentle humor to describe an entirely human situation. Panda closes with a wild version of Tom Waits' "Come On Up To The House", a party-time song done in the zydeco style. Just try to sit still.

Joshua Panda runs through much of the American songbook stylistically. Country, zydeco, rock n roll, rhythm and blues and even hints of gospel and soul can be found on Panda's self-titled album. What's abundantly clear is that Joshua Panda is an entertainer with a capital E. Panda's versatility and depth as a performer is matched by raw musical talent. Panda walks you through vignettes drawn from the lives of persons both imagined and real in much the same fashion as Randy Newman. Even if you're lukewarm on the music on Joshua Panda, the energy will draw you in. Don't miss this guy.

Learn more about Joshua Panda at http://www.joshuapanda.com/ or www.myspace.com/joshuapanda.  Joshua Panda was originally due for an August release but appears to have been delayed.  You can preorder the CD from Panda's website.  Expect digital availability from iTunes and Amazon.
Posted by Wildy at 5:10 AM