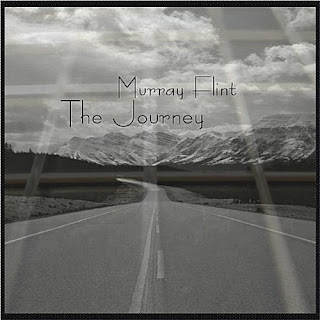 Murray Flint was called to the guitar like many teenage boys. Strapping on the six string and emulating rock n roll heroes comes naturally to some, and Flint spent sixteen years with the guitar as a major part of his life. Unfortunately tendon pain got in the way and in 1991 Flint put the guitar away for good, or so he thought. Eight years later on vacation Flint came across a guitarist playing Fingerstyle guitar, ala Merle Travis. This style didn't appear to put the sort of pressure on the fingers that had caused Flint so much pain years before, and he made a point of seeking out instruction and trying to learn this new technique. A few adjustments later Flint had found his way back to his first love. Twelve hard working years later Flint is a regular performer for corporate events, receptions, private parties and the like. Now Murray Flint makes the next leap of faith: an album. The Journey was released in July, and features an inspired set of eight instrumental pieces that might make you wonder about the dreams you've left behind.

The Journey opens with the frenetic fingerstyle of "The Matrix". Flint flashes dexterity and speed that are mind boggling in a shot across the musical bow that's certain to gain your attention, keeping it simple in melody and development but more than compensating with an awesome display of technical skill. "Breeze Blues" is something of a jazz/blues hybrid with a bid of William Ackerman-esque ambience thrown in for good measure. Flint weaves a sordid and sorry tale here in the strings, evoking a modicum of theatricality and an intense, lovely melody in the process. Occasionally Flint breaks out in a riff that soars like a voice leaping out of the instrumentation, a sort of exclamation point that quickly resolves back into the wave-like form of the song.

Flint offers a big nod to his idol Merle Travis with "Travis Pickin" while treading lightly in the direction of Django Reinhardt. Indeed, there's almost gypsy flair to this tune, and Flint imbues it with all of the energy and sprightly glee you might expect. "The Journey" is more of a contemplative noodle, with Murray Flint growing the melody in expository passages, pausing now and then as if to collect his breath. "The Journey" opens with a sense of uncertainty, as if undertaken on newly minted feet. In time these baby steps become the hustle and flow of life, the contemplative derivations of middle age and ultimately the spiraling upward of a life on the verge and then passing beyond always returning to a central theme that is both vibrant and comforting.

On "The Bohemian" Flint provides both a walking bass line and a mildly jazzy progression where melody and harmony merge and blend like water and wine. The piece is a pleasant diversion that could easily serve as incidental music in a film. "Highway Pickin" is a brief snack that's more about speed and accuracy than development but is a fun sidebar nonetheless. Think of it as the musical equivalent to an amusement park ride. "Mythic Morning" greets listeners on a fade-in, as if Flint has captured a sample of the music he hears in his mind without cutting it re-arranging it in any way. The song has a "soundtrack of life" feel to it, complex in its course and gentle in feel, and fades back into the ether from which it emerged. Flint bows with "Penelope", a sweet and gentle musing that rises and falls in gentle arcs, fading into the twilight at album's close.

As with many artists, Murray Flint spent a lot of time going nowhere before he found a modality that suited him. The discovery of the fingerstyle method of guitar playing was a eureka moment that has been twelve years in development. Flint has spent that dozen-year cycle developing the technical skill to match the passion and touch he plays with. The musical sensibility on The Journey may not be the most complex, but Flint imbues each passage with heart, and has the technical proficiency to make complicated choices with simple lines of melody, opening up a rhythmic landscape that is only limited by Flint's imagination. The Journey is a very solid effort that's great for a relaxing night at home, but offers enough ear candy to become part of the conversation and not just part of the background.

Learn more about Murray Flint at http://www.murrayflint.com/.  The Journey is available as single track downloads only on CDBaby and iTunes.
Posted by Wildy at 5:10 AM