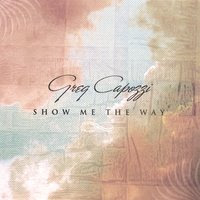 Imagine if Billy Joel and Elton John got together to write Christian praise music, it might sound a little bit like the music Greg Capozzi writes. If nothing else, these two musicians would appear to be strong musical influences on Capozzi. Show Me The Way is full of light-pop piano ballads written to, for or about God. Whether you are a Christian, or just a fan of piano driven rock music, there will be something her for you.

The recording is not perfect. Capozzi occasionally shows some pitch issues in his singing, and occasionally the arrangements sound a little forced, like Capozzi is trying to force music around lyrics he'd written, but on the whole this album works very well. Capozzi mixes Elton John-esque piano ballads with the occasional Billy Joel piano run with some quasi-theatrical tunes. The set opens with Show Me The Way, a meandering ballad that is pure Elton John (Capozzi even sounds a little like him vocally). Maria's Grace is a darkly beautiful tune written in minor key verses that resolves into a major key chorus. Other highlights include I'm Dreaming, How Long, In December and Sadie Keeney.

Look, there's no way to varnish the music. It's Christian Praise music. Some people will just reject it on that basis, but Capozzi has real talent for songwriting, and his performances here are generally quite good. There is a tendency to occasionally try to make music and lyrics go together that don't necessarily want to be together, but this only happens on a couple of songs. There is also an occasional pitch issue, but most of the time Capozzi is right on key. For fans of inspirational music, this is the stuff. Show Me The Way is an excellent offering.

You can learn more about Greg Capozzi at www.gregcapozziministries.com. You can purchase a copy of Show Me The Way at www.cdbaby.com/cd/gregcapozzi.
Posted by Wildy at 6:03 AM