Jack Jezzro is perhaps one of the most heard guitarists in the world. His recordings have sold over 10,000,000 copies worldwide. His songs have been played on Friends, J-A-G, Martha Stewart Living, A&E Biography, Honey I Shrunk The Kids, E! True Hollywood Story, Oprah, the 1996 Summer Olympics, and many others. If you've flown United, Delta or U.S. Airways there's a good chance you've heard his music.

As a member of the Nashville String Machine he played with some of the biggest recording artists alive, including Bruce Springsteen, Garth Brooks, Faith Hill, The Beach Boys and Amy Grant. NSM also provided music for motion pictures such as Pocahontas, The Green Mile, The Rookie, and Conair. Additionally, he's produced 200+ albums over the years, had one Grammy Nomination, seven Dove Award nominations, and won one Nashville Music Award. So you've likely heard Jack Jezzro before even if you have no idea who he is.

Who he is: Possibly the premier guitar player in the Nashville Music scene, and perhaps the heir to Chet Atkins' throne as the greatest guitar player alive. Jezzro can play absolutely anything, and well. What distinguishes him from so many other guitarists is a sense of taste and refinement and a contrapuntal style that is difficult to master. Jack Jezzro was always something of a natural, even in his early days growing up in Rivesville, West Virginia. Today we look at three recordings from Jezzro spanning a nine year period. 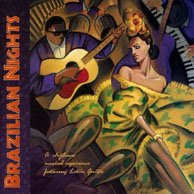 Brazilian Nights is a South American flavored album that garnered significant critical acclaim for Jezzro upon its release in 1998. At first listen it sounds like typical dinner music, but Jezzro is an artist even more so than a musician, and Brazilian Nights is a meal unto itself. From the opening strains of Brazilian Nights to the closing notes of Midnight In Rio, Brazilian Nights is an absolute feast. Jezzro brings all of the class and panache of early Herb Alpert recordings along with unbelievable smooth guitar chops. Highlights include Fiesta Espanol; Paqueta, Isle Of Love, and The Beach At Ipanema.

This early offering from Jack Jezzro is an extremely enjoyable listen. Brazilian Nights will carry you away. 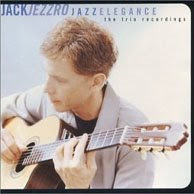 Jack Jezzro tries his hands at Jazz standards and should-be-standards on 2002's Jazz Elegance. His emotional take on My Funny Valentine is heart-wrenchingly beautiful and itself worth purchasing the disc. Other highlights include Night And Day, Jake's Tune, Stella By Starlight and 'Round Midnight.

Jezzro outdoes himself on Jazz Elegance. This is a master class in jazz guitar. 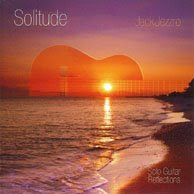 Opening with I Got It Bad And That Ain't Good, Jezzro early establishes his ability to bring a sense of newness to classic standards. This is a song that is difficult to pull off as an instrumental. Jezzro brings a melancholy life out of the song that is not what you would expect, but after hearing it you have a hard time imagining it any other way. Other highlights include Make Someone Happy, Autumn Leaves, I've Grown Accustomed To Her Face, Body And Soul and The Nearness Of You.

Jack Jezzro gets inside the music on Solitude like few other musicians have ever managed. His music is a gift. Solitude is a Wildy's World Certified Desert Island Disc.

You can learn more about Jack Jezzro at http://www.jackjezzro.com/, where you can purchase these and other fine recordings.
Posted by Wildy at 6:43 AM