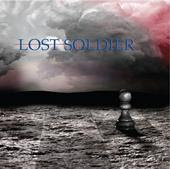 The Los Angeles band Lost Soldier finds some nice moments on their self-titled debut. The opening song, I Don't Believe, has some great hooks to it, but seems to be lacking some of the energy that sounds like it wants to burst right out of the song. No Chance sounds like a song right out of the Southern Rock library.
Personal favorites include With Fishing In Mind, Raining In My Brain and Saturday. The music here is a pleasant listen, but something bubbles beneath the surface throughout Lost Soldier, something that wants to come out and light up your CD player. It never fully happens on CD in the way I suspect it might in a live show. This helps turn a potentially great CD into a good one.

Wildy's World recommends Lost Soldier's debut CD, Lost Soldier, but suggests that if you're near a live show you go check them out as well.