Kari Tieger is a singer, composer and producer from Rhode Island who is bilingual for French and English.  Her compositions have been on everything from A&E to the O! Network to MTV.  She has a very eclectic style that encompasses pop, Broadway, classical and jazz.  She shows a dramatic flair in her writing that is at times inspired.  Today we are checking out four of her recordings.

In general, Tieger has a very distinctive soprano voice, and is as authentic a Francophone singer as you’ll find in the coffeehouses and concert halls of Paris.  She has a very Broadway flair about her at times, and writes somewhat in this vein.  You can close your eyes and picture many of her vocal pieces sung under the proscenium at The Winter Garden in New York City or another such venue.  While her vocals are strong, composition is her bread and butter.  Tieger seems to dance her away around the staves and finds a way to coax magic from the mundane.  Like all composers she occasionally misses the bar, but even the misses are interesting. 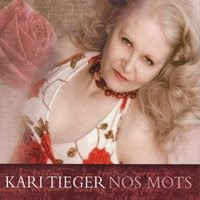 is Tieger’s most recent release.  It started out as a collection of poems of her friends that she set to music.  After recording the five initial tracks for what was to be an EP, Tieger added some compositions of her own and Vos Mots became Nos Mots.  Highlights here include Brouillard, Sonatine pour violon et piano and Tout de meme. 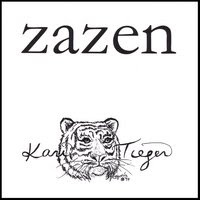 Zazen is essentially a practical guide to Zen Buddhist meditation, with narration by Tieger.  The concept and text is a collaboration between Tieger and French Buddhist Monk Eric Lagarrigue.  It is relaxing, and instructive if you are interested in Zen meditation, but is the weakest of the four discs reviewed here. 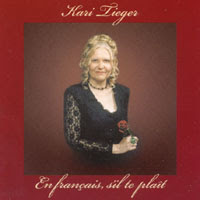 En Francais, S’il te plait is a French romantic’s dream: twenty-three gothic French songs about love and romance.  Sung entirely in French, this album will be a tough listen for some, but it is a perfect for any true lover of French language and culture, and should be must listening for any intermediate or advanced student of the language.  Tieger’s theatricality pays off in a big way on En Francais.  Highly recommended. 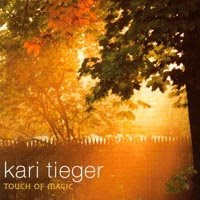 Touch Of Magic is recorded in both French and English, depending on the song.  This is theatrics at its best.  Tieger’s mix of songwriting and performance create a kind of alchemy here that is better heard than described.  This is where to start if you want to get to know Kari Tieger’s music.  This is Kari Tieger’s watershed album.

You can learn more about Kari Tieger at www.karitieger.com.  To purchase copies of her albums, please click on the links below:

I think that all of the albums rate 5 stars--maybe after each of them has been out for 10 years, each will get 5 stars.