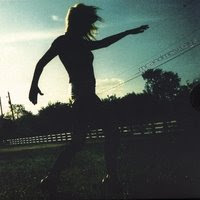 Mrandmrsmays are headed up by the husband and wife team of Kate Kind (Kate Kind and d' cruel2b's) and James Mays.  The Austin, TX based band blends electronic beats, punk rock energy, crazy sounds and pagan dance rituals to create an enigmatic and exciting sound.  Their self-titled debut album became available in July of 2008, and it's something to hear.

Mrandmrsmays is something of a sonic experiment.  The sound is all over the map, from the surf guitar punk of Milestone to the B-52's-esque Our Way; the electronic laced Willing To Be Willing; the dirge-like Introduction Hate To Love or the ballad Maid May, Mrandmrsmays seems to deal from an unending well of musical variety.  This straight edge band touches on spirituality, love and the well of human emotion under the steady hand of Producer Frenchie Smith.

Mrandmrsmays is the sort of post-punk, post-pop mass of musical amorphia that is bound to be a hit.  Tossing off moods and styles like trying on clothing at the department store is second nature to these musical magicians, while experimenting with electronic and organic sounds to wring every last bit of artistry from their muse.  Mrandmrsmays is a revelatory album that should be near the top of your late-summer listening list, and I am sure you'll see it listed atop critics lists at the end of 2008.