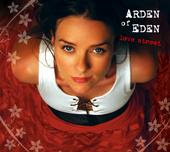 Mary Arden Collins has been making music for some time on her own. In 2008 she formed Arden of Eden with musical partner Mark Gorman. The duo moved cross country from Rhode Island to Los Angeles in order to broaden their musical horizons. Incorporating drummer Jay Bellerose of drums (Robert Plant, Allison Krauss, Beck), they found the mix that created Love Street, due September 23, 2008.

Love Street saunters from the musically mundane to the sonically brilliant. Someday is a beautiful melody enhanced with gorgeous harmonies and full orchestration. It is easily the most beautiful four-and-a-half minutes on Love Street. Listeners also get a treat in hearing the inestimable Keb' Mo' sit in on Mississippi. Collins brings a scratchy-sweet sound reminiscent of early Rebecca Martin on this slow blues tune. Other highlights include the straight forward rocker, Free, the 1980's sounding Strangers, Better and Powerless. Powerless opens with a plaintive cello that is joined by some sweet acoustic guitar work. The only distraction here is that the additional percussion actually detracts what has the potential to be a still, quiet musical miracle.

Arden Of Eden has already had music featured on Joan Of Arcadia and Criminal Minds, as well as the films The Thing About My Folks and Solstice. Mary Arden Collins has a voice that lends itself to obsessive listening, and the material here is lush and beautiful. Love Street is definitely worth checking out.

You can learn more about Arden Of Eden at www.myspace.com/ardenofeden. Love Street will be released September 23, 2008. Keep checking Arden Of Eden's MySpace page for ordering information!
Posted by Wildy at 12:09 AM