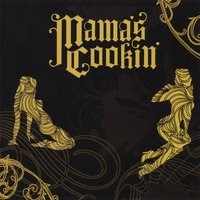 Mama's Cookin' opens with Run Up Quick, a funk-influenced guitar rock song with great hooks. This is a definite first single with real chart potential. Moving on to What I Am we have a delicious blues-rock gem with fuzzy guitar with loads of Hammond B3 to back it up. Vocalist Zebuel Early has an extremely accessible sound with just a bit of an edge to it, and is at his best here. Aquarius Skies is a jam tune, but keeps the same dynamic energy of the first two songs just bubbling under the surface.

Mama's Cookin' seems to have figured out the secret to performance -- energy. Even when at their most reserved, there is this sense of urgent energy running just beneath the song's skin. Other highlights on Mama's Cookin' are the bluesy Lampin', Rough Times, Symbols & Signs and Black Reign. One Of A Nerve is my favorite song on the record. It's an acoustic tune, unlike the rest of the album, and relies on funky jazz-piano to drive it home.

Mama's Cookin' knows how to rock while keeping the soul alive in their music. This is one of the most cohesive and consistent recordings I've reviewed thus far. When you pop this disc into your CD player (or load the mp3s on the electronic device of your choice) get ready to dance and swing and shout. Mama's Cookin' will move you.

This won't have effect in reality, that's exactly what I think.