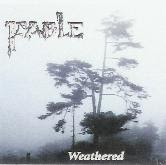 Fable has been doing this for 31 years now. Founding member and lead vocalist John Crafton help form Fable in 1977 in Baltimore as a folk group musically telling stories about real life. Fable continues in this vein on 2008's Weathered, a collection of eleven songs that straddle the divide between old and new folk.

Fable has never shied away from telling the truth in their music, even if be unpleasant. Have You Had Enough is antiwar tune that starts with a snapshot of a dead son coming home from battle. The imagery is strong and moving and worth a listen on its own. Victims Of Circumstance is a beautiful tune that tells of regrets and remembrances. Flight 93 is an ode to the passengers and crew of the ill-fated 9/11 flight that crashed in western Pennsylvania.

John Crafton has a very strong vocal resemblance to Gordon Lightfoot, a fact that is driven home on Roses For No Reason. This is my favorite song on the album and is definite mix tape material. In Your Eyes is also high on the mix tape list. The song wants to be bluegrass and has some fine banjo and violin work supporting what may be the best pure love song on the album. Also check out The Evening News and Take My Hand, both keepers.

Weathered is anything but. Crafton and Fable may have been at this a long time, but the songs here are fresh and relevant and full of their own life. Weathered is a folk album with pretensions toward rock and bluegrass at times, and is as sonically interesting as it is lyrically poignant. Fable is still going strong at thirty-one.

To learn more about Fable or John Crafton check out www.softwindproductions.com, where you can purchase a copy of Weathered and several other titles there.
Posted by Wildy at 6:28 AM