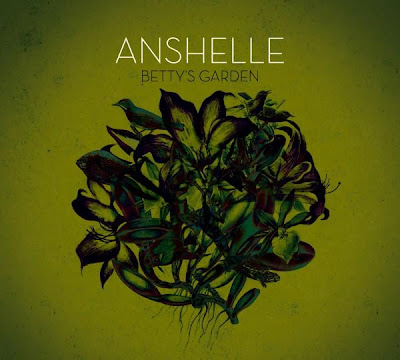 Anshelle isn't so much a band in transition as a band who continues to grow with each project they involve themselves in. Since breaking on the European scene in 2006, the Berne, Switzerland quintet has built a quiet yet impressive following, garnering significant airplay and chart success, even earning a JPF Award nomination in 2009. Anshelle's third album, Betty's Garden finds the band growing into a more organic sound without abandoning the quirky pop musicality that has drawn them such a following thus far. If Anshelle has lost their musical innocence on Betty's Garden, they certainly haven't lost their inherent sense of optimism. Betty's Garden finds the band navigating the murkier waters of adulthood without abandoning the youthful search for truth and beauty; all done against the backdrop of irresistible melodies and delicate Pop phrasing.

Anshelle opens with After The Fall, a hopeful tune that sprouts from a heavily layered Pop/Rock arrangement full of melodic overtones. After The Fall is a solid opener and likely single though not a chart burner. Crossroads maintains the full sound introduced on After The Fall in an otherwise innocuous tune. Vocalist Michele Bachmann has a Natalie Merchant thing going on; a full-voiced style that fits with the heavy pop Anshelle puts forth thus far. Turn On is filled with a positive message about not giving up on yourself or the world. It's a touching attempt, with a piano-driven chorus that is moderately catchy. Slightly Underdressed is an edgy rocker that captures the sort of social insecurity that runs prevalent through a society where rank ordering is based on social acceptance and style is a leading indicator. The song is very well written, capturing the angst of the moment perfectly.

Tree is a song about a confidante of stalwart nature. We all have a special place growing up, and returning home, and specifically to that place, brings a wealth of memories and often, comfort. Tree is a song about just such a place, where a tree is more than shade, but an old friend. It's a touching tribute. Building on the theme is Secret Garden; in which the narrator finds a refuge but this time to share. It's a decent Pop arrangement; melodic and fairly well-suited for light listening. Anshelle closes with Should Have Left Before, a belated eulogy for a relationship that's long outlived its purpose. The piano-driven ballad is full of heart-felt emotion but is a tough way to end of an album that's high in intentions and strong musically but lacking in enthusiasm.

Michele Bachmann has a unique and enjoyable voice that's instantly recognizable once you've heard it, and she and Anshelle deliver in an on-again, off-again fashion throughout Betty's Garden. At their best, Anshelle is an affable band, but as often as not they fail to connect with the listener on Betty's Garden. The delivery comes off as distant at times, but the real culprits are songs written from personal knowledge that doesn’t give listeners a leg up to understand and become part of the experience. This issue becomes less prevalent as the album progresses, suggesting that somewhere along the line something in the writing process clicked. Look for the next effort to be even better.

You can learn more about Anshelle at http://www.anshelle.com/ or www.myspace.com/anshelle. You can purchase Betty's Garden on CD from CDBaby.com. Downloads are available through iTunes.
Posted by Wildy at 6:53 AM