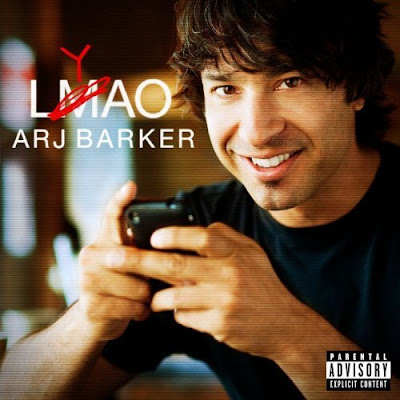 Arj Barker (aka Arjan Singh) is an Indian-American Comedian who's been touring for much of the last decade and has been leaving crowds laughing until they cry all over the world. Barker has appeared on Last Comic Standing, Late Night with Conan O'Brien, The Glass House, Premium Blend and Comedy Central Presents. He's also appeared off-Broadway in New York City in The Marijuana-Logues, a spoof he penned with Doug Benson and Tony Camin. Barker has also been active in sitcoms, appearing as Dave in HBO's Flight of the Conchords. In January, Barker released his second comedy album, LYAO.

Barker deftly combines observational and absurdist humor on LYAO, picking up on strings from the real world, carrying them for a while and then blind-siding you with something from left field. Whether it's implying that blaming humans for global warming is like blaming toast for getting burned or accusing water of being a monster because it's been present for every boating accident in history, Barker takes the benign and turns it on its head for your entertainment. While Barker does pepper his monologues with adult language, it's done more to accent or amplify points rather than as a crutch.

Barker covers the gamut from religion to politics to bath supplies and the shallow nature of folks living in Los Angeles. His greatest moments on LYAO result from his ability to re-direct a crowd at a moment's notice. Barker sets up the listen deftly time and time again, pulling the rug out from beneath you each time. It gets to the point where you know it's going to happen, but Barker surprises you by doing it again and again. LYAO won't keep you from breathing between laughs; the set-ups are a bit longer as befitting Barker's story-based style, but the payoffs are worth it.

You can learn more about Arj Barker at http://www.arjbarker.com/ or www.myspace.com/arjbarker. You can purchase LYAO as a CD (with bonus DVD) from Amazon.com. Digital copies are available from Amazon MP3.
Posted by Wildy at 7:33 AM

This can't have effect in actual fact, that is exactly what I consider.