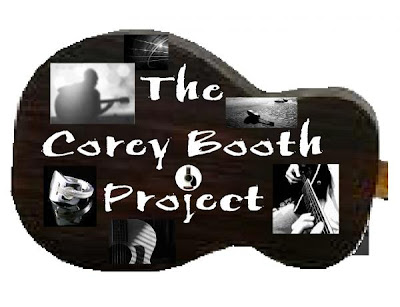 Like most artists, Corey Booth's muse was built on the collective backs of his favorite artists growing up. Unlike many artists, Booth is exceedingly honest about his influences, ranging from Blind Melon and Alice In Chains to Violent Femmes, The Flaming Lips, Sublime and even Jack Johnson. On The Corey Booth Project's debut album/demo, I'll Be Honest, I'm A Liar, these influences interweave with a personal singer/songwriter style to craft refreshingly honest Pop music with a Post-modern twist.

I'll Be Honest, I'm A Liar is a purely DIY affair, offered up in the style of a home recording accomplished without professional equipment. The result is an album of well-meant but mediocre songs with lousy sound quality. Even if the material here were better, many listeners would be miffed at paying for such a low-quality recording job. The energy throughout is not indicative of interest in the material, and the attempts at humor here are boorish rather than funny. Booth shows a couple of flashes of decent songwriting with Most Of The Time and Already Here. The opening and closing tracks (respectively) bookend a series of case studies in positive intentions and mixed follow-through. The flashes of potential might grow into something if they are nurtured.

You can learn more about The Corey Booth Project at www.myspace.com/coreyjbooth.
Posted by Wildy at 5:39 AM