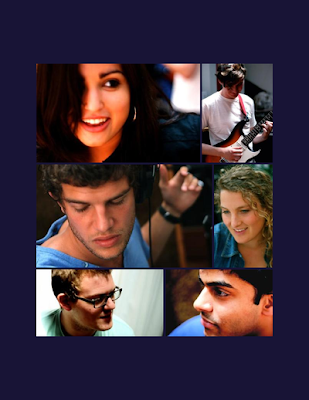 Somewhere in the heavens, the Rock Gods were experimenting one day with sounds. Two of the lesser entities, relegated to a corner reserved for those not in the favor, sarcastically opined on what would have happened if The Beautiful South were caught in a time machine and transported back to the old Sun Studios in Nashville. Somehow these thoughts echoed off bits of dark matter and reverberated across the cosmos to Double Bay in the New South Wales province of Australia; nestling itself into the musical muse of one Henry Fraser. Together with his band, The Echo, the wayward thoughts of distant deities have been born. The Echo sounds more than a bit like early material from The Beautiful South on their Demo, although Fraser indicates they've broadened their spectrum in the spirit of post-modern, post-genre artists, but the musicality on The Echo's Demo is surprising.

The Echo opens with Don't Trust Your Lover, blending elements of Americana and Classic Soul with a lyric melodic style reminiscent of the great British Invasion bands. Fraser is a dynamic front man, inhabiting the song the way a great actor inhabits a role and leaving nothing at the mic when the song is done. The Apple Song is gorgeously melodic, with top-notch musicianship that falls somewhere between Easy Listening Pop and Americana and makes full use of vocal harmonies. The Echo closes with Love Light Answered, a song that's beautiful and lyric on its surface but recalls the same sort of slightly warped darkness that pervades The Beautiful South's finer work. The vocal line and harmonies take on an almost Baroque feel in the chorus, giving the song an ethereal feel that contrasts nicely with the singer-songwriter style of the verse. This is a song that holds your attention because it works even though it feels a bit stylistically disjointed.

The Echo is highly intriguing. The Demo is The Echo's first professional recording and was done in preparation for a longer project to be recorded sometime in 2010. The Echo certainly seems to be on track to somewhere musically interesting. The songwriting is original; highly melodic with its own regal sense of beauty while maintaining a quirky nature that helps The Echo stand out from the pack of Post-Genre Pop bands. Henry Fraser has a voice you could listen to all day, and I have to admit to being excited to hear what else The Echo has up their collective sleeve. This is a great start.

You can learn more about The Echo at www.myspace.com/henryfraserecho, where you can stream both material from the Demo and newer songs as well.
Posted by Wildy at 6:17 AM