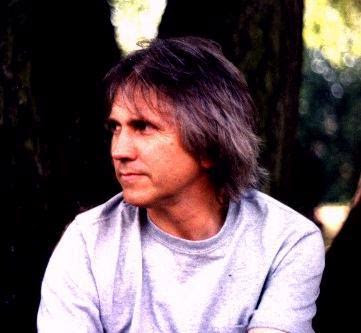 The name Kimberley Rew probably won't mean a lot to most readers at first; it's not necessarily a name you'd catch in the popular press even at the height of his popularity. Kimberley Rew has written songs for The Bangles and Celine Dion, but a majority of his work was recorded by his own bands, Katrina And The Waves/The Waves. Rew started as part of the burnishing Cambridge, England scene in the 1970's. Rew was a member of The Soft Boys with Robyn Hitchcock, releasing two albums with the band before they split in 1981. The same year, Rew released his first album The Bible Of Bop. The Bible Of Bop was recorded in four different sessions with The dB's, The Soft Boys (with Robyn Hitchcock on guitar) and The Waves (with Katrina Leskanich and Vince De La Cruz). The album was followed by The Waves' Shock Horror! in 1982, and by Katrina And The Waves and Katrina And The Waves II in 1983 and 1984 respectively. The UK band couldn't find a label to release them until Canada's Attic Records (who had released albums from The Soft Boys) picked them up in 1983. It wasn't under a year or so later when The Bangles had a hit with a cover of Going Down To Liverpool that the majors took notice. Walking On Sunshine ended up becoming a big pop hit worldwide in another example of a band toiling for years to become an overnight success. This spring, Tummy Touch Music Group will release all four albums in special limited edtions, each with bonus tracks.

Rew's first album, The Bible Of Bop is an interesting mix of New Wave, Punk, and Beatles-influenced Pop music. Rew shows flashes of the songwriting talent he grew into, including the Knack-like My Baby Does Her Hairdo Long, Animal Song, The Nightmare and the Beatles-inspired Fishing. Rew covers all of the ground in between on an album with real spark but a lack of cohesion. The Bible Of Bop is like listening to a kid with a world of talent and raw skill who hasn't quite honed it yet.

The Waves' Shock Horror opens with the song that ended up putting Kimberly Rew and Katrina & The Waves in the spotlight, Going Down To Liverpool. It wasn't until the Bangles released it two years later that the song got noticed, but it led to the "discovery" of Katrina And The Waves. The version offered up here tighter than the Bangles' version and very much worth hearing. Rew's songwriting begins to eschew his Punk/New Wave roots on Shock Horror, moving more toward 1960's Rock and even R&B. I Caught The Milktrain, Strolling On Air, You Can't Stand Next To Judie and Saturday Week are highlights. Shock Horror includes as a bonus 4 previously unreleased tracks from 1976 recording sessions that show Rew's earliest development as a songwriter.

Katrina & The Waves (I) and Katrina & The Waves II will generally more familiar to fans of 1980's Pop. The former includes the original version of Walking On Sunshine, which varies a little from the version that ruled the airwaves in the mid-1980's, but its close enough. Each disc includes bonus unreleased or alternate versions of tracks, giving fans a chance to see behind the curtain of Rew's creativity.

As someone who grew up glued to the radio in the early-to-mid 1980's, I remember bopping along to several Katrina & The Waves songs. Rew's songwriting is at its most polished for the two most Katrina & The Waves albums (not to mention that Katrina Leskanich was a 1980's dream girl as a front woman). The four re-releases trace the development of Rew as a songwriter, from uneven but talented scribe in the 1970's to polished songwriter by the mid-1980's. It's about time these albums saw the light of day again.

You can learn more about Kimberley Rew at http://www.kimberleyrew.com/ or www.myspace.com/kimberleyrew. The Kimberley Rew re-releases will be available in April of 2010 through Tummy Touch Music Group. Keep checking their website as well as Rew’s for details.
Posted by Wildy at 7:10 AM

Labels: Celine Dion, Katrina And The Waves, Robyn Hitchcock, The Bangles, The Beatles, The dB's, The Knack, The Soft Boys, The Waves

I heard that Kimberley Rew is an excellent singer but I don't really sure if she is a composer because most of her sings have been written by Sildenafil composer.