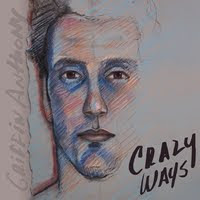 Griffin Anthony opens with the soulful title track. Anthony is vaguely reminiscent of Jason Mraz on Crazy Ways with a rapid-fire vocal style on the verses but breaks into a vaguely funky chorus full of Pop magic. So You is a Soulful Pop love song that's bound for the Mix Tape pool. So You is a likely candidate for licensing for television or films and may even have legs for commercial radio. Let Go is a great tune with a great message, and fits right into the commercial niche with artists likes Mraz, John Mayer, Rob Thomas and Jack Johnson. Funk and Soul are the order of the day on Keep It Honest, and Anthony even channels a bit of Dave Matthews on Sleepy Sunday, which has hit single written all over it.

The highlight of the album (the highlight amidst highlights) is Lift Me Up. Written form the perspective of a little boy who is trying to figure out the world around him but still looking to his Dad to make the way a bit easier, Lift Me Up is an amazing piece of songwriting. If you're a Dad this song will get to you. Without My Blocks returns to the flavor of catchy acoustic Pop with a soulful mien, telling a story against the backdrop of a divine arrangement. Anthony touches upon the desire for second chances on Plane Girl. If you've ever met someone while traveling or at the supermarket who caught you unawares and you let them walk away and wishes you hadn't, then this song sums up the desire for a second chance to do it differently. Anthony takes his Soul/Folk/Pop sound on the Lounge side for Pieces, an unpretentious little song that perhaps doesn't shine like its brothers and sisters but quietly holds its own. Anthony closes out with the Bluesy barn burner Hurry Up, shifting the tone of Crazy Ways suddenly in a promise, perhaps, of what comes next.

Griffin Anthony takes both the singer and songwriter aspects of his occupation quiet seriously, creating music on Crazy Ways that ranges from compelling to breathtaking. Crazy Ways is incredibly polished without sounding slick or over-produced. Don't be surprised if Anthony outlasts most of his Indie contemporaries and is still making viable, compelling music a generation hence. He's that kind of talent.

You can learn more about Griffin Anthony at http://www.griffinanthony.com/ or www.myspace.com/griffinanthony. You can purchase Crazy Ways as either a CD or Download from CDBaby.com. Downloads are also available through iTunes.
Posted by Wildy at 6:31 AM