Amanda Merdzan - Into The Gallery 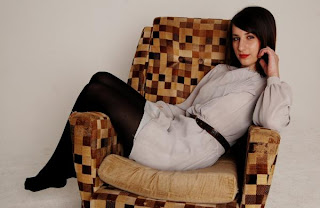 Perth, Australia’s Amanda Merdzan lives with her heart on her sleeve. The Indie/Folk/Pop/Rock singer/songwriter writes lyrics with an almost stream-of-consciousness style that borders on the oppressive at times, as documented on her debut album, Into The Gallery.

Into The Gallery plays like a series of rampant diary entries sent to music dotted with the occasional bit of song craft, as Merdzan gives rapid-fire and uncharacteristically urgent accounts of people, places and events in her life. Merdzan rarely tells you a story, instead relating events in near-manic fashion in accordance with highly simplistic but driven acoustic arrangements. "Your Mother" opens with a repressive, manic dream about the guilt and pain inspired by a relationship gone bad. "Weathered" keeps an oppressive pace, offering up stream-of-consciousness lyrics that skip poetry or finesse for explanation. "To Know You" is the first truly catchy song on the album; Merdzan is still free-flowing thoughts here but seems a bit more emotionally involved in the moment.

"Esther" is a small vignette on the cost of war; exploring the path of a child whose father never came home. The song is well-written even if it continues in the manic vein that Merdzan has pursued throughout the album thus far. "Missing Home" is the most complete and enjoyable composition on the album. The simple, stilted arrangement barely contains a catchy pop melody that is worth hearing. Merdzan closes with "The Last Song", a dialectic on both the forgetting and remembering that happens once a relationship fails. The song ends abruptly, almost awkwardly, but is otherwise solid.

Amanda Merdzan has a stark songwriting style that will either appeal to you immediately or leave you cold. Her almost diuretic sense of relating events can be overwhelming; lacking in nuance and connectivity and creating a general sense of desperation. When Merdzan breaks out of this mold she proves to have real potential as a songwriter. Unfortunately she spends too little time outside of her comfort zone on Into The Gallery, and may lost a lot of listeners before they even get to her better work (the last two songs).

Learn more about Amanda Merdzan at http://www.amandamerdzan.com/.  Into The Gallery dropped on July 14, 2010. No online purchase points are currently available, but keep checking back to Merdzan's website for availability.
Posted by Wildy at 5:00 AM