Lonesome Traveler - Looking For A Way 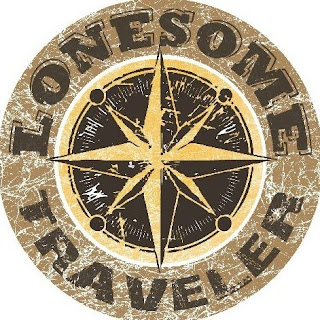 Colorado seems to a hotbed for Americana and Country music, remembering all of the good down home feel that the bright lights of Nashville sometimes obscure. Today we take a look at another outstanding Colorado country band, Lonesome Traveler. Consisting of Jodi Boyce (vocals/mandolin); Evan Neal (bass); Chad Fisher (fiddle); Rick Scott (guitar); Dustin Scott (vocals/guitar) and Ansel Foxley (vocals/dobro), Lonesome Traveler has created quite the reputation for themselves, from traveling cross-country in a van that burns vegetable oil to blending folk and bluegrass with a modern flavor that seems to appeal to music fans young and old. Looking For A Way, the band's third album produced by GRAMMY winner Gene Libbea may be their most nuanced work to date.

"Chasin' A Dream" is a nice opener, an introduction to chasing dreams as a musician sung in the first person. A bit of high lonesome creeps in on the vocals but the arrangement is pure classic country. "If Wishes Were Horses" reinforces the traditional country mien of the album with Jodi Boyce on vocals; it's an amazing tune you'll be hitting replay on again and again. "Howlin' Harlan Wind" is a miner's chantey, of sorts. Using mild Celtic undertones, Lonesome Traveler sings a plea of a father who died in the mines to his son. Dustin Scott shows off some pretty impressive guitar work here.

"Right Where I'm Supposed To Be" finds Boyce on lead vocals once again, a please divergence before heading into the final stretch. "Camp Daddy Real" finds Lonesome Traveler at their instrumental best, teasing each other’s instruments and pushing one another to new heights. "Leave It Up To You" is a song of redemption and prayer from someone who's seen the highs and (particularly) the lows of life and now puts his faith in something greater than chance. It's a quiet moment that stands out. Lonesome Traveler closes with the amusing "Sandwich And Something To Do", a reminder of sorts that sometimes the basics are all we need. The point is underscored by the basic yet pleasing arrangement of the song.

Lonesome Traveler pull influences out of the air throughout Looking For A Way. Country, bluegrass, Americana, rock and folk all find their way into the mix. All three vocalists are superb, but Jodi Boyce is the cream of the crop whether on lead or harmony. Instrumentally there isn't a weak link in the bunch. Lonesome Traveler is very much the real deal.

Learn more about Lonesome Traveler at http://www.lonesometravelerband.com/ or www.myspace.com/lonesometravelerbluegrassband.  Looking For A Way can be acquired on CD from Amazon.com

or in both traditional and digital formats from CDBaby.
Posted by Wildy at 5:10 AM