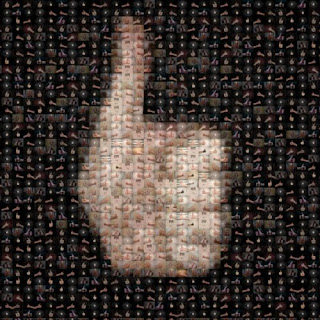 Seattle's Roaming Royalty take influences such as Queen, Muse, Billy Joel, Elton John, Ben Folds and The Who and blend them into a quasi-original sound that sets audiences on their collective ear. Touring the country in their modified van/recording studio, Roaming Royalty never has to make a choice between touring and recording. The road is their recording studio. That might explain the highs and lows of Roaming Royalty's most recent album, Audio Bacon. Not highs and lows as in quality, but the transitions that accompany change in day-to-day life, brought to life in eleven diverse and intriguing compositions on Audio Bacon.

Roaming Royalty opens with "Red Morning Joy", a catchy song of apocalypse that sounds like it might have come out of a classic Who session. "King Of Mars" is a wonderfully melodic composition that highlights the harmonic co-vocals of Charles Kraut and Todd Dunnnigan amidst unusual song construction. You might think you're listening to delightfully odd concatenation of Smash Mouth and Alan Parsons on first blush. "Chasing The Sun" is a solid, low-key pop/rock number that sets the stage for "The Only Woman In The Room", an ode, of sorts to human rights activist Beate Sirota Gordon. The construction and arrangement are a bit on the bland side, but it's a brave songwriting choice that's lyrically sound and deserves to be recognized.

"Only Time" is similarly water down, but is livened up by the highly driven piano part that turns out to be the song's lifeblood. Roaming Royalty returns to what seems to be their most comfortable sound on "Tipsy Jane", melodic rock n roll. "Killer" brings on a small dose of funk in the bass line, a step up to Roaming Royalty's wheelhouse sound on "Dive". When really on their game, the band seems to have a knock for these mellow pop/rockers with melodies that practically sing themselves into your ear. Roaming Royalty rest their case with "Epiphany", bringing their melodic talents up to a new wave setting that's the catchiest track on the album.

"Epiphany" is the perfect closer, suggesting there's even more to Roaming Royalty then we hear on Audio Bacon and offering tantalizing glimpses of where the band may take their sound next. On the whole Audio Bacon is a solid effort, but the details do stop Roaming Royalty short at times. Liken the band to a painter who puts great effort into the subject of the painting but doesn't always have the same enthusiasm for the background. When Roaming Royalty is at their best all elements of the song work together. Sometimes Roaming Royalty seem to expect a great riff to carry a song, but don't seem to develop the other "voices" around that riff to the same level. The results can sound less than enthusiastic, and listeners pick up on that.

Learn more about Roaming Royalty at http://www.roamingroyalty.com/ or www.myspace.com/roamingroyalty.  Audio Bacon is available from Amazon.com on CD

.  The album is also available via iTunes.
Posted by Wildy at 5:00 AM