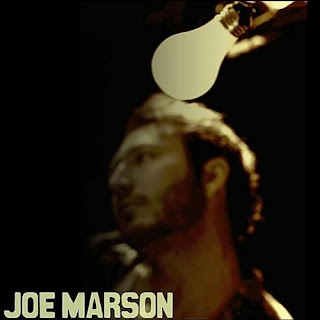 San Diego-based singer/songwriter Joe Marson has made both the geographic and musical rounds to broaden his horizons and perfect his craft. Oregon, Boston, New York and Arizona are on his past itinerary, as are hip-hop, jazz, folk, bluegrass and gospel. Back home, Marson has settled fully into an Americana sound that draws strength from all the influences Marson has immersed himself in. Marson recently released his debut album, Joe Marson.

Marson opens with "Postcards From Siren City"; an interesting exploration of running away from home. The song is well-written and enjoyable. Marson is a bit off the beaten track here, and the diversion is welcome. "Mindf#ckedd" is a bluesy rock number that finds Marson singing with the attitude and sound of a young Billy Joel. It's an entertaining but dark tune you're likely to hit replay on several times over. "What I'm Sayin'" is a highly entertaining blues-based tune in pure singer/songwriter pastiche. Marson scores points with his cover of Cat Stevens' "Trouble"; a pensive performance that will appeal to fans of Stevens while putting his own stamp on it. "White Boy Blues" sounds like it may have been recovered live in-studio in one take. It's just Marson and his guitar and works very well, showing off Marson's voice in excellent light. Marson closes with a cover of Alicia Keys' "No One", a mildly soul rendition done with a reggae beat. It's a solid tune, and Marson does it justice.

Joe Marson has talent. His is a voice people will pay to listen to and he's more than just competent with a guitar in his hand. Marson shows flashes of real songwriting ability on his self-titled debut. There are rough spots along the way, but more often than not Marson comes out ahead. The occasional vocal similarities to Billy Joel and the Hendrix-style riffs that Marson sprinkles throughout his songs may make it easier for Marson to transition to an older demographic of fans as well. As a whole, Joe Marson is a solid effort.

Learn more about Joe Marson at http://www.joemarson.com/ or www.myspace.com/fakinggeniusmusic.  Joe Marson is available digitally from Amazon.com

I read really much worthwhile data in this post!