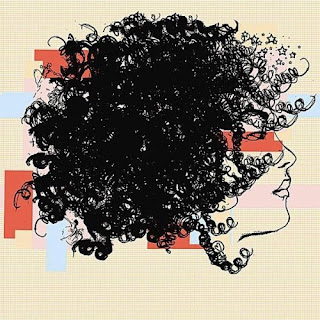 Bernadette Malavarca had the name of her band come to her in a dream, quite literally. Malavarca awoke with the name Bern & The Brights and managed to jot it down before falling back to sleep. Malavarca came together to play a bookstore closing with some friends at what was to be a one-off performance. The reaction of the crowd and the shared chemistry of the band convinced them that they were on to something, and suddenly the name had a home. Since then, Bern & The Brights have become one of the hottest acts in Northern New Jersey, and have even been named one of the 50 best up-and-coming bands in the New York City area by Deli Magazine. Bern & The Brights recently released their debut EP, Swing Shift Maisies, a thoroughly DIY project that reflects the energy and spirit that Bern & The Brights brings to the stage.

Swing Shift Maisies opens with "Boo", an intriguing, moody opening number. Malavarca has a distinctive voice, with a Gwen Stefani-like vibrato but a much more organic sound. Nicole Scorsone's violin dances with Malavarca's voice throughout the song, each urging the other on to new heights. "Sangria Peaches" is upbeat acoustic pop with dark undertones and a memorable melody. "Sleepless Aristotle" is hard to follow lyrically, but it's a vibrant tune with an active melody line that will stay with you. Malavarca is at her vocal best here. Bern & The Brights closes with the fatalistic country/rock romp "It Goes Like That". The band shows great energy; a sign that they are enjoying every creative moment together.

The sort of joy and dedication to each other and to each song is what will keep you coming back to Bern & The Brights. Malavarca's voice is a bit off the beaten path; lovely but with a unique vibrato sound that won't sit well with everyone but will garner her a lot of attention. The rest of the band is right there with her at every tune. Catherine MacGowan (guitar/vox), Shawn Fafara (bass), Jose Ulloa (drums) and the aforementioned Nicole Scorsone are all part of the dynamic/organic creature that is Bern & The Brights. This is a band going places. Make sure to check out Swing Shift Maisies, and see Bern & The Brights live if you can. The next time you do your seats might be much further back (and much more expensive).

Learn more about Bern & The Brights at http://www.bernandthebrights.com/ or www.myspace.com/bgroove.  Swing Shift Maisies is available on CD from CDBaby.  Downloads are available from Amazon.com and