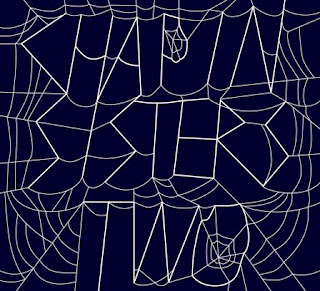 The Chapin Sisters return on September 14, 2010 with their second full length album, aptly named Two. Building on the earthy harmonies and distinctive songwriting that are The Chapin Sisters' trademarks, Two finds Lily and Abigail Chapin exploring a richer, multi-layered sound that isn't so much a change in style but an expansion of musical vision. Co-produced by Jesse Lee (Gang Gang Dance) and Louie Stephens (Rooney), Two is a logical progression in the career of two sisters for whom harmony is as natural as breathing. Lily and Abigail Chapin were born to this. Father Tom Chapin and uncle Harry Chapin helped to create the sort of environment where musical exploration was not only encouraged but essential.

Two opens with "Sweet Light", a mostly acapella piece with dark minor key harmonies so beautiful they'll break your heart. Instruments join the party sparsely around 1:40, but the Chapin Sister already have your full attention long before then. This is an amazing opening track, a WOW moment you won't soon forget. "I Can Feel" is unrequited love expressed in heart-wrenching terms; amidst the angst and pain of not having that love returned. It's a beautiful arrangement buffeted by sadness and hints of the hope expressed in continuing to search for an answer. "Paradise" is a dark, lush, haunting love song. The Chapin Sisters keep the instrumental arrangement simple, filling up the space with their amazing vocal harmonies in a solemn tune full of the weight of emotion.

"Palm Tree" is steeped in melancholy amidst a vaguely country arrangement. The song features an archetypal melody that will stick with you. "Boo Hoo" is sonically intriguing but lyrically repetitive. However what appeals at the beginning may wear by the end. "Birds In My Garden" is a song of fatalism; nothing in life goes right as melancholy sinks into hopelessness, but the birds are a point of light here. In case you haven't figured it out by now, Two is a song of soured relationships and broken dreams, awash in the dark but beautiful harmonies of Lily and Abigail Chapin. "Rose In Winter" continues the trend, a mournful song about the end and aftermath of a relationship. "Left All Alone" takes another tack, viewing the aftermath in almost ironic terms amidst an upbeat, girl-group arrangement. It's an enjoyable listen; a nice change of pace from the dark heart of the album. The Chapin Sisters close brilliantly with "Trouble", a folk/roots tune that gets at the heart of the blues without quite going there stylistically. The Chapins are at the top of their game vocally, and "Trouble" completes the bookend of brilliance that was begun with "Sweet Light"

It wasn't that long ago that we first learned about The Chapin Sisters. Their EP Oh, Hear The Wind Blow hinted at the mesmerizing spells they could weave with their voices, but those hints weren't fair warning for Two. Two is brilliant, plain and simple. If there's one complaint about the album it's the utter weight of melancholy that the songs rest under. The feel is appropriate given the subject matter, but it may weigh heavily on some listeners. Two is a can't miss album.

Learn more about The Chapin Sisters at http://www.thechapinsisters.com/ or www.myspace.com/thechapinsisters.  Two drops on September 14, 2010.  You can pre-order a copy of Two from Amazon.com

.  Expect wide availability once the album is released.
Posted by Wildy at 5:15 AM

Wildy, i LOVE this record - these girls, AND your review. Thanks! John Porter