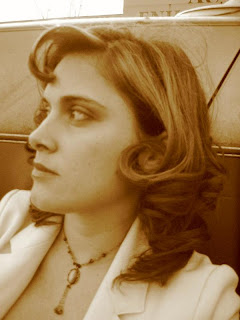 Walsh opens with "She's Not Waiting" a biographical sketch in song of a female bicycle messenger in Manhattan. The song is run through with admiration and respect for a day-to-day daredevil who lives by her own rules, offered in an almost mournful cowboy/folk arrangement. "Please Come To Brooklyn" is a quirky little expression of need and desire written as an innocent but meaningful entreaty. In spite of a somewhat repetitive chorus the song is charming and colloquial. Walsh is at her best here, allowing her voice the most room to roam in its unassuming and pleasant sound. "Elizabeth Dawn" is a story-song about a child who grows up quickly without a home, showing the scars vis-a-vis adamant independence of neglect. The song lingers a bit longer than it might and suffers from the lack of any real sense of resolution, but is a decent effort.

Learn more about Rachel Lee Walsh at http://www.rachelleewalsh.com/ or www.myspace.com/rachelleewalsh.  Walsh provides a link to download She's Not Waiting on her website.
Posted by Wildy at 5:00 AM